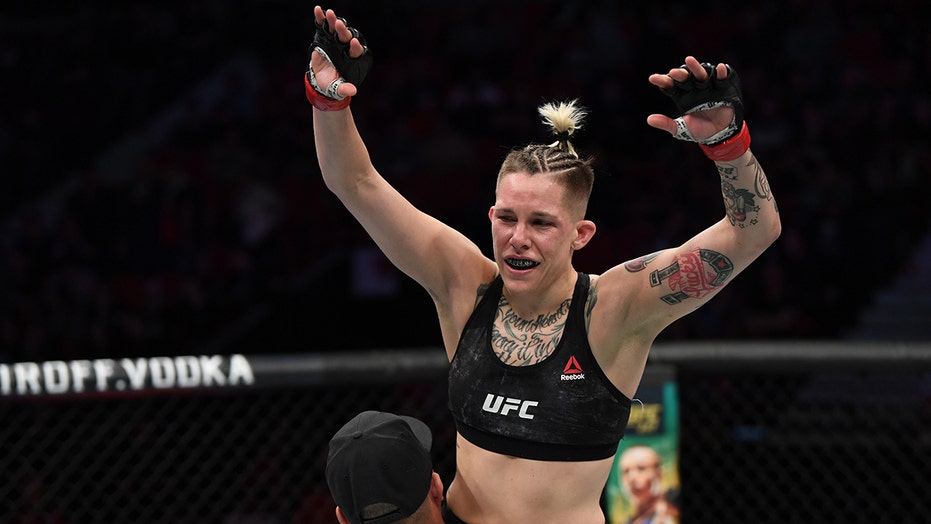 UFC fighter Macy Chiasson said Tuesday a crane that collapsed in Dallas over the weekend has left her homeless and that she has filed a lawsuit against the operator and two apartment buildings.

Chiasson, who won The Ultimate Fighter 28 Championship, told TMZ Sports she was in her first-floor apartment when the crane came crashing down and jetted out of her building.

Macy Chiasson said she lost her apartment in the Dallas crane incident over the weekend. (Photo by Jeff Bottari/Zuffa LLC/Zuffa LLC via Getty Images)

“I've completely lost everything. I don't have anything,” she said. “I literally just have this shirt, a pair of shoes and this pair of shorts that I have on. I have nothing but my dog. It's just, everything is gone.”

Chiasson accused crane operator Bigge Crane and Rigging and the apartment owners who hired the company of negligence and is seeking $1 million in damages, according to FOX 4 News.

The company said it was cooperating with the investigation by the Occupational Safety and Health Administration. Randy Smith, the California-based equipment rental company's lawyer, told the Associated Press the crane was "not in service" during the storm.

OSHA had cited Bigge Crane and Rigging for nine “serious safety violations” and fined the company nearly $60,000 in 2013 after a previous deadly incident in Arkansas, the station reported.

At least one person was killed in Sunday’s incident when high winds knocked a crane onto an apartment building.