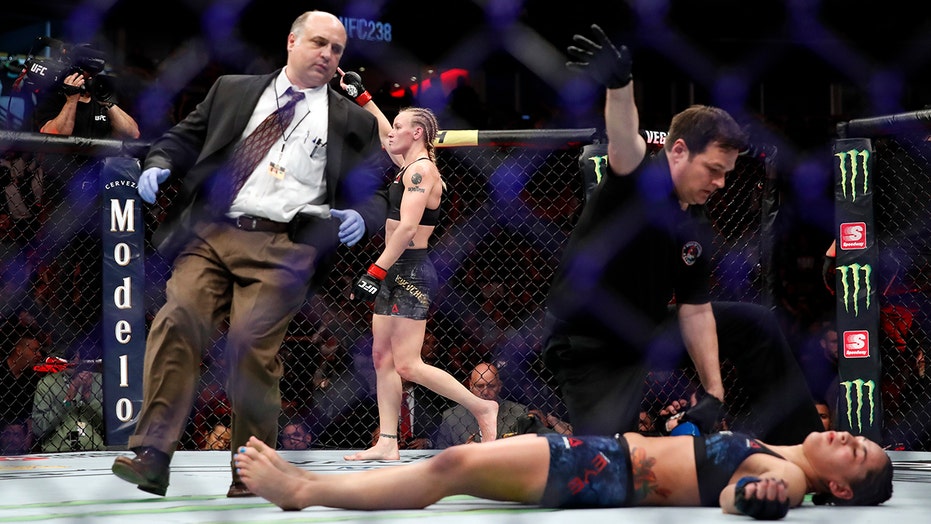 Valentina Shevchenko knocked out Jessica Eye on Saturday at UFC 238 with a vicious kick to the head and retained her flyweight championship.

The knockout blow came in the second round. Eye was approaching Shevchenko when the title holder delivered the swift kick to Eye’s head, apparently catching her off guard.

Eye fell directly to the mat.

“It’s sport,” Shevchenko said after the fight. “If you are not doing this kind of KO, you will get this kind of KO, and no one wants to get it. That’s why we are training very hard to be better than our opponents. Everybody who steps into the Octagon, they know what they can get.”

Eye thanked people for their concerns in a tweet.

“Thank you for caring about me,” she wrote. “I had a great camp and felt the best I have ever. I made some mistakes that cost me dearly. This fight game can be rough at times, but it’s what I signed up for.”

It’s unclear who Shevchenko’s next opponent could be.