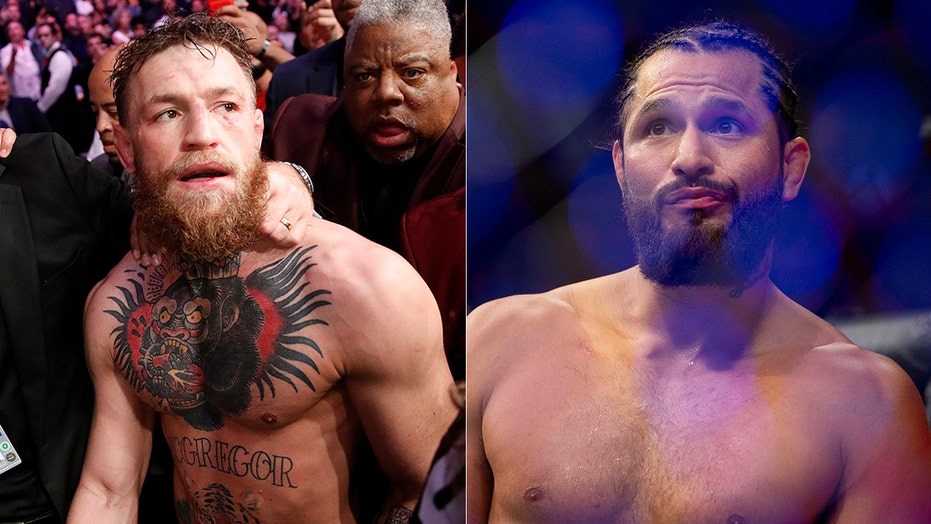 Jorge Masvidal, fresh off his UFC 244 win against Nate Diaz, called out Conor McGregor in a radio interview on Tuesday.

Masvidal has made it known that he wants a fight with McGregor. He appeared on ESPN radio’s “The Dan Le Batard Show with Stugotz” and said that McGregor hasn’t made any noise about potentially fighting Masvidal after his UFC 244 win.

“To be quite frank, [Conor] was flirting with fighting the winner when the possibility of the winner was Nate,” Masvidal said. “He kept throwing it out there. He even made his prediction. But, since I've won, he hasn't said a peep. That dude don’t want it man.”

Masvidal added that he was here for a potential McGregor fight.

“If you wanna fight, I'm licking my chops.”

Masvidal said in July he wanted to fight McGregor. He hoped to fight him after his 5-second knockout of Ben Askren but was challenged by Diaz for the title of “Baddest Motherf----r.”

UFC president Dana White has already shot down the idea of Masvidal facing off against McGregor because of the size difference between the two competitors, according to TMZ Sports.

McGregor announced recently that he would return to the octagon in January but no opponent has been announced. White, however, said "no deals are even close to being signed" when asked about the Irish superstar's next match.

McGregor hasn’t fought since his submission loss to Khabib Nurmagomedov last October, which resulted in a massive melee inside and outside the octagon. Both fighters were suspended.