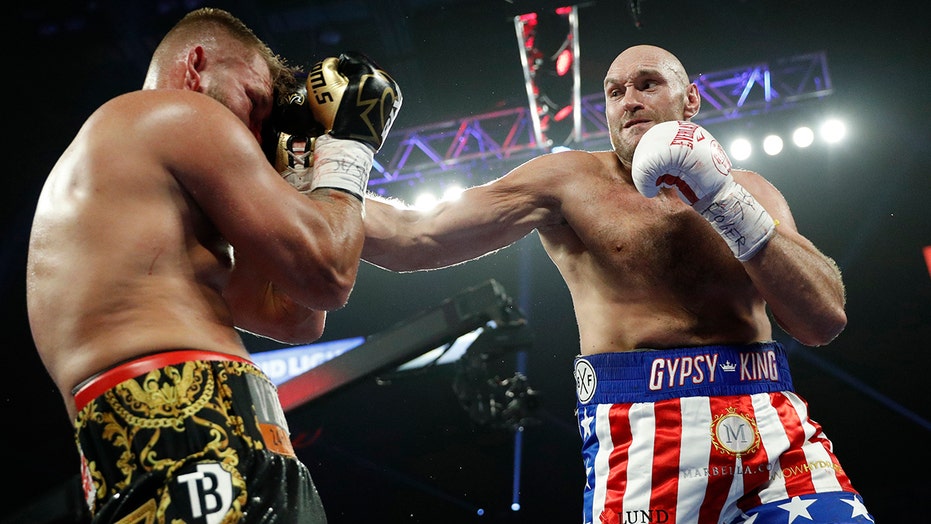 Tyson Fury defeated Tom Schwarz via technical knockout in the second round Saturday night to stay as the world’s lineal heavyweight champion and remain unbeaten overall.

Though Fury impressed with his big blows to Schwarz, it was a sequence on the ropes that boxing fans whipped up into a frenzy during the fight.

Schwarz was on the attack and he thought he had Fury right where he wanted him when he attempted to deliver a flurry of punches and hope for a few points in the round or even land the knockout blow.

Fury had other plans.

The British heavyweight dodged and dipped every single one of Schwarz’s punches on the ropes. Schwarz missed about five punches during the entire sequence.

After winning the bout, Fury announced his intentions to fight again on Sept. 21 or Oct. 5, “and next year, we're going to hold down Deontay Wilder and make him give me that green [WBC championship] belt.”

“There is no heavyweight in the world that can beat him, now that he is in shape,” Arum said. “Deontay Wilder is not going five rounds with him. We will have another fight [on Oct. 5], then we will fight Wilder.”