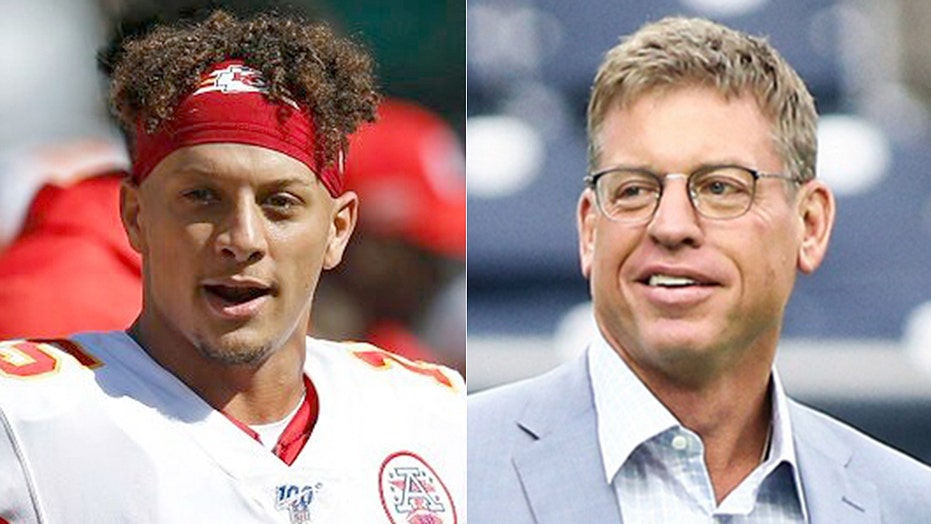 Aikman made the elaboration in an interview with KTCK radio after he appeared to take a jab at Mahomes because the young quarterback has yet to win any Super Bowl titles. Aikman quote-tweeted analysis from The Athletic which noted that Mahomes has thrown 36 percent of Aikman’s career touchdowns in just 8 percent of the former Dallas Cowboys quarterback’s career games.

Aikman replied: “iCYMI: Talk to me when he has 33% of my Super Bowl Titles.”

But he insisted the tweet wasn’t a jab at Mahomes.

“You can’t compare anything that’s happening in today’s game to any other era,” the three-time Super Bowl winner said. “[Patrick Mahomes]’s been phenomenal. Great kid, love everything about him. I just don’t like when we start trying to look at numbers and saying ‘this is why this guy’s greater than this particular player, this former player,’ whatever it is. It just doesn’t make any sense.”

RICHIE INCOGNITO DENIES ROLE IN BULLYING SCANDAL, BLAMES 'DEMONS' FOR EX-TEAMMATE BEING OUT OF NFL

While the NFL has shifted dramatically to a pass-first league and Mahomes has fully taken advantage of that, the Chiefs quarterback doesn’t have the same exact talent around him that Aikman had.

Aikman played with Hall of Famers Michael Irvin and Emmitt Smith – along with an elite offensive line – when he won back-to-back Super Bowls in 1992 and 1993. Having Hall of Famer Charles Haley in the middle of his career and borderline Hall of Famer Darren Woodson on defense also helped.

At this point, it doesn’t appear Mahomes has the future Hall of Fame talent that Aikman did. Though, Mahomes does have one of the league's top tight ends in Travis Kelce.