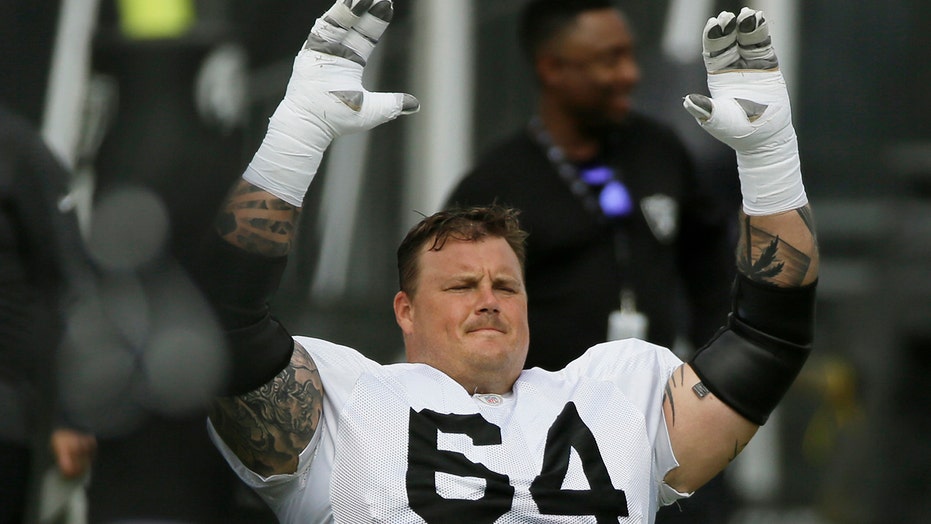 Oakland Raiders offensive lineman Richie Incognito denied he ever bullied his former teammate Jonathan Martin and blamed "mental health issues and his demons” for him being out of the league.

Incognito appeared in an interview on “HBO’s Real Sports with Bryant Gumbel.” He discussed the bullying scandal, which took place while he and Martin were with the Miami Dolphins in 2013 and made national headlines.

Incognito was accused of sending a racially charged message and a voicemail and allegedly threatened to kill Martin. Incognito was suspended indefinitely by the Dolphins that season and eventually found himself on the Buffalo Bills before joining the Raiders. Martin played for the San Francisco 49ers in 2014 but never appeared in the NFL again. He was only 25 when he last played a game.

He added: “I fit the bill. Hey, racist, homophobic, whatnot. What I’m saying was, we were close, personal friends. It wasn’t factored into, ‘Hey, this is guy talk, these are two alpha males talkin’ to each other.’ Was some bad s—t said? Absolutely. But was this a case of bullying? Absolutely not.”

In August 2018, Incognito was arrested at an Arizona funeral home while making funeral arrangements for his father after police said he threatened to shoot people. The Rochester Democrat & Chronicle reported that employees told police Incognito wanted his father’s head cut off for research. Police also seized several guns from his car.

Incognito said the arrest was fueled by drugs and alcohol.

“I never thought [about using the guns] one bit,” he said, referring to the funeral-home incident. “I made a finger gesture like this. 'I'm going to go to the vehicle, I'll be right back.’ My intention was to go to the vehicle and grab my father's medical records to come in and show them. I went out to the vehicle, I came back in, and that's when the lady, unfortunately, called 9-1-1 and said that I threatened to kill everybody in there and shoot everybody. Those words never came out of my mouth.”

The Raiders signed Incognito in the offseason after he was released by the Bills.