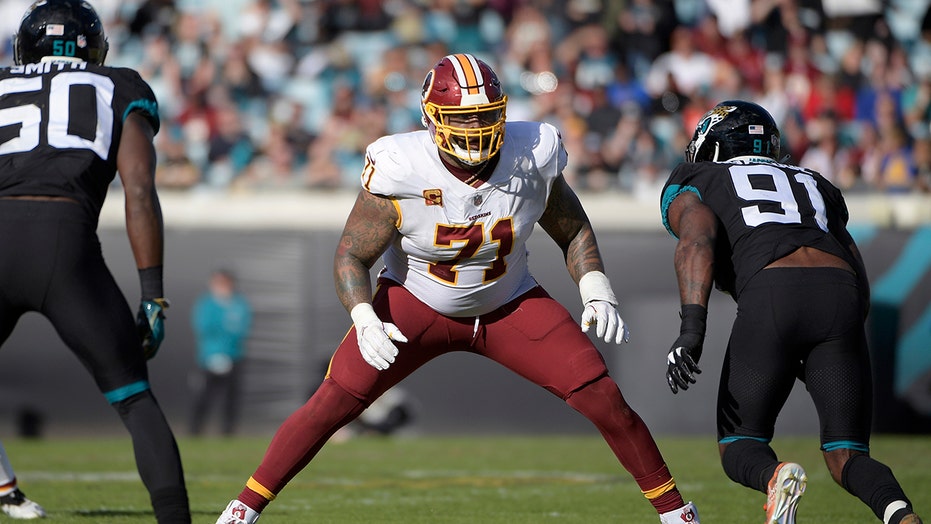 Seven-time Pro Bowler Trent Williams has been looking to depart the Washington Redskins after nine seasons, and according to former general manager Scot McCloughan, he would still be “the first taken tackle” in this year’s draft even at 31 years old.

McCloughan was adamant during an interview with WTEM’s “The Team 980” on Monday that Williams would play a significant role come Thursday.

REDSKINS FIELDING CALLS FROM TEAMS LOOKING TO TRADE UP IN THE NFL DRAFT: REPORT

“He’d be the first tackle taken this year in the draft, hands down,” he said, according to Cleveland.com. “You know what you’ve got. You bring him in, you’re going to get three to four years out of him, and it’s going to be Pro Bowl years, that’s legit one of the top five tackles in the NFL, hands down, right now.”

After sitting out last season following a cancer diagnosis and subsequent disagreement with franchise management, Williams made it clear that he was ready to move on from the Redskins. But according to some reports, he may not have to wait until he becomes a free agent next year.

Sources told ESPN Tuesday that a trade between the Redskins and the Cleveland Browns involving Williams is “still on the table.” It wasn’t immediately clear if a trade would happen before or after the draft but sources described it as “Nothing is imminent or super close right now."

McCloughan, who served as GM for the Redskins during the 2015-2016 season, believes Williams’ still has enough in the tank to be used as leverage for a first-round pick.

“That’s the way you’ve got to approach a trade, because teams that are going to trade for him are approaching it that way, saying ‘Day 1 he comes in here, he’s our left tackle. He’s probably the best player on our team. If not, he’s the second- or third-best player on our team — right now,’’’ he said.

“He’s been through it, ups and downs, he’s got all the tape you want to see, the medical is not going to kill him at all for longevity of his career.’’

McCloughan also noted that Williams’ presence in the locker room is just as vital as his presence on the field.

He continued: “You’ve got a legit left tackle that’s a really good player, that’s a good guy and young players will come in and will follow him because of who he is and what he is. That’s what you want.”

The Redskins allowed Williams to seek a trade this offseason but new head coach Ron Rivera reportedly made attempts to keep him on the roster.