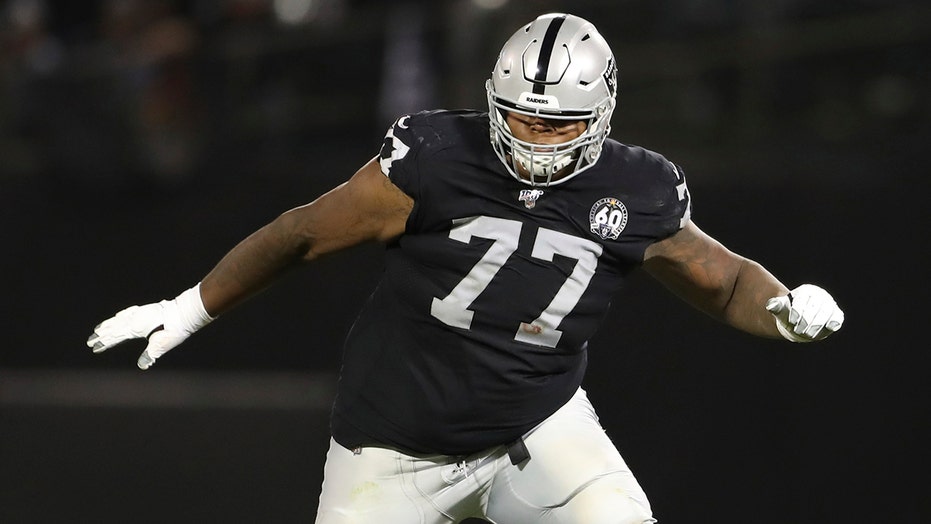 A Super Bowl champion offensive lineman was accused of domestic violence in a civil lawsuit filed in California this week by his ex-girlfriend and mother of his son.

Trent Brown, who is in his first season with the Oakland Raiders, was accused of slapping Diorra Marzette-Sanders across the mouth leaving her “bruised, bloodied and battered,” according to Pro Football Talk. Brown is also accused of threatening to shoot Marzette-Sanders in the “f-----g head.”

Marzette-Sanders also alleged that Brown “grabbed her face and covered her mouth while choking her out until she couldn't breathe" in March. And while vacationing in Hawaii in April, Brown allegedly “grabbed [her] arm, took her into a room, locked the door, slapped her across the face and punched her in the ribs.”

In June, Brown allegedly slapped the woman in the face, which led to police being called to the scene and a police report being filed.

“I am aware that my ex-girlfriend has filed a civil suit against me,” he wrote. “I deny the claims. They are false. I believe in the court system where I will clear my name. I will not be making any further comment at this time.”

Brown won his first Super Bowl ring as a player of the New England Patriots last season. In the offseason, he agreed to a four-year, $66 million contract with the Raiders.