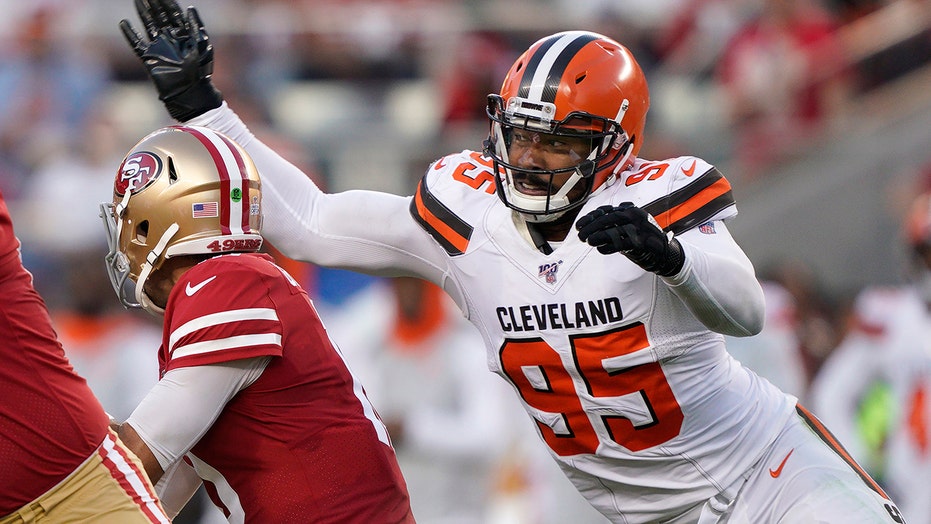 Cleveland Browns star Myles Garrett revealed on social media Wednesday that a so-called fan who took a picture with the defensive end on the street ended up sucker-punching him.

Garrett made the revelation on Twitter. It didn’t appear that he was hurt in the incident.

VRABEL: TITANS SWITCH TO TANNEHILL AT QB LOOKING FOR SPARK

“A ‘fan’ hopped out his car to take a picture with me and then punched me in my face. Hm, put your legs into it might have actually made me flinch,” he tweeted.

Another fan appeared to have recorded a video of the person running away after allegedly striking Garrett. The Browns player responded to the Twitter video.

“Preciate [sic] the video but how you gonna start recording AFTER I got punched,” he wrote. “Lmao you can’t make this stuff up. Dude took a pic. Gave me a soft bop. And SLID.”

FITZPATRICK TO START FOR DOLPHINS AT BUFFALO ON SUNDAY

The person is probably lucky they ran away.

The 6-foot-4, 272-pound lineman is leading the NFL this season with nine sacks and has 20 combined tackles. He also was on the tackle that ended up breaking New York Jets quarterback Trevor Siemian’s ankle and reportedly trained in the offseason with UFC heavyweight champion Stipe Miocic.

Garrett, a former #1 overall draft pick, is in his third season with Cleveland.