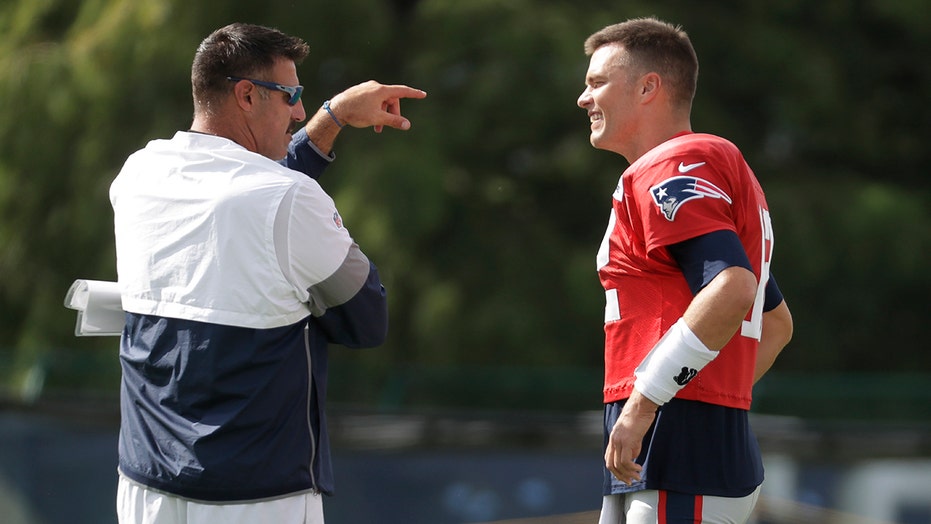 New England Patriots quarterback Tom Brady and his former teammate Mike Vrabel trash-talked each other during a joint practice Wednesday.

Brady was seen on video getting an earful from Vrabel, who is now the head coach of the Tennessee Titans. The six-time Super Bowl-winning quarterback fired back as he was walking on the field.

TOM BRADY HAVING HARD TIME ADJUSTING TO NEW HELMET: 'I DON'T REALLY LOVE THAT ONE THAT I'M IN'

Vrabel addressed the back-and-forth with his former teammate.

TOM BRADY SAYS HE HAD DIFFICULTY COMING TO GRIPS SON, 9, DIDN'T LIKE SPORTS

“It brought back a lot of memories. To (be) out there, and they make a play, and to have him turn around and say, ‘Hey Mike, you know you better cover that,” Vrabel said, according to the Boston Herald. “But it was a lot of fun. We have a lot of respect for those guys. We learn a lot from the way they practice, the way they operate.”

Vrabel was on the Patriots from 2001 to 2008 and was part of the team that Brady led to the Super Bowl during the 2001 season against the St. Louis Rams. Vrabel also won two other Super Bowls with New England and was selected as an All-Pro in 2007.

“Tom’s very committed to football and winning and being competitive and taking care of his body and continuing to find new ways to train,” Vrabel said, according to WEEI. “It’s fun for us. It’s good for us to be able to come out here and compete against him.”

The two teams will play a preseason game Saturday.