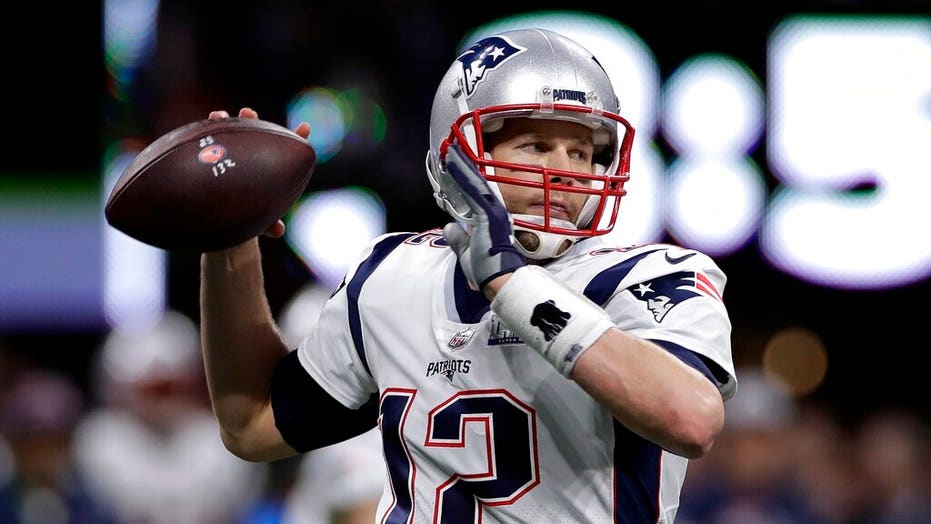 Tom Brady still feels like he has something to prove to the critics and doubters.

The six-time Super Bowl-winning quarterback showed off his velocity on Thursday, posting a picture on his Instagram Stories of a radar gun which read 61 mph. The picture was accompanied by a caption that read: “He is going to fall off a cliff.”

The caption appeared to be a shot at ESPN broadcaster Max Kellerman who said in 2016 the New England Patriots star was “going to fall off a cliff” and “is going to be a bum in short order.”

NBC Sports Boston’s Kwani A. Lunis appeared to be one of the first ones to point out what Kellerman had said.

During the 2016 season, Brady was suspended for the first four games because of his apparent role in the "Deflategate" scandal. He came back to lead the Patriots to an 11-1 record in his 12 games, throw for 3,554 passing yards and 28 touchdown passes. The Patriots also won the Super Bowl that season, coming back from a 28-3 deficit against the Atlanta Falcons.

For context, throwing a football faster than 60 mph is a feat. John Elway was reportedly known to throw short-distance bombs in the 70s, but the only NFL quarterbacks who consistently threw in the upper 50s and low 60s were Brett Favre and Peyton Manning, according to ESPN's "Sport Science."