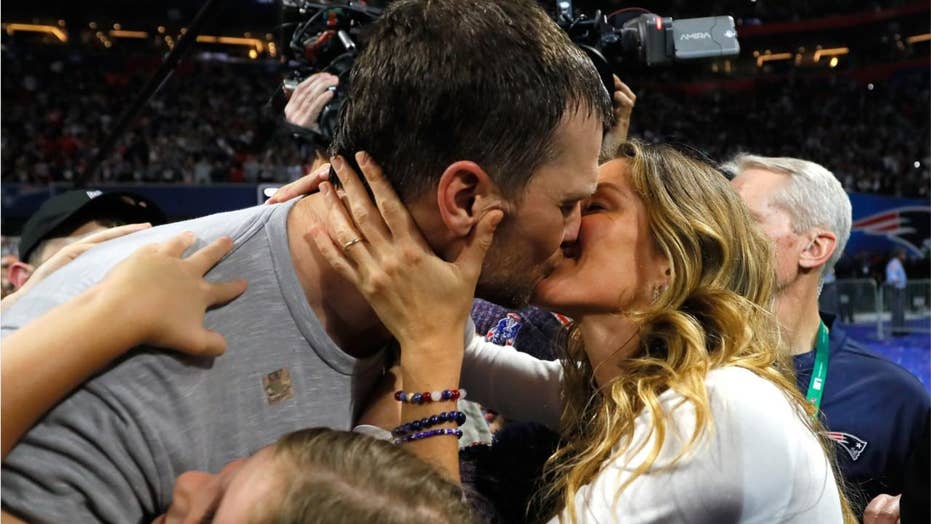 Brady passed Brett Favre to move into third place in the NFL’s all-time passing yards list on Sunday. In an appearance on Jim Gray’s Westwood One radio show, he brought up the comment Bundchen made after the Patriots lost to the New York Giants in Super Bowl XLVI.

“Because I've been fortunate to play in the same place for 20 years with great teammates, I've been able to pile up a lot of individual statistics,” Brady said. “But the reality for me is, all those I share with all the guys I played with.”

He added: “You know, my wife said, 'He cannot throw the ball and catch it.’ That's the truth. There's a lot of guys who have been on the other end of catching all those passes.”

Welker had a key drop toward the end of the Super Bowl matchup against the Giants, which prompted the Brazilian supermodel to reportedly tell heckling Giants fans: “My husband cannot f-----g throw the ball and catch the ball at the same time.”

According to Yahoo Sports, Gray didn’t let Brady off the hook. The legendary sports journalist asked how he thinks Welker would feel about bringing up the comment again seven years later.

“Wes is one of my best friends. He always will be,” Brady said. “Wes knows how I feel about him. What an amazing player he was.”