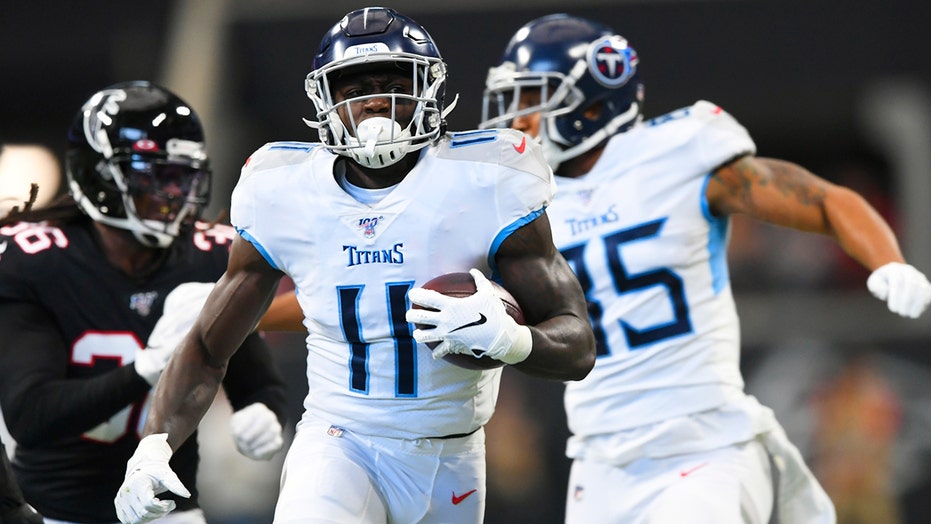 Tennessee Titans wide receiver A.J. Brown had a breakout game Sunday in a win over the Atlanta Falcons.

Brown had three receptions for 94 yards and two touchdown passes. It was the best game of the season for the rookie through four games and his performance drew the eyeballs of a veteran wideout.

Falcons star Julio Jones noticed Brown’s terrific game. When the two swapped jerseys after the clock reached triple zeroes, Jones left Brown a message on the jersey he gave him.

Jones has been one of the best wide receivers in the NFL since he entered the league in 2011. The veteran has a league-leading four touchdown catches this season to go along with his 23 receptions for 317 yards.

Tennessee, however, got the best of Atlanta during their matchup. The Titans defeated the Falcons, 24-10.

Tennessee has a game against the Buffalo Bills on Sunday. Atlanta plays the Houston Texans.