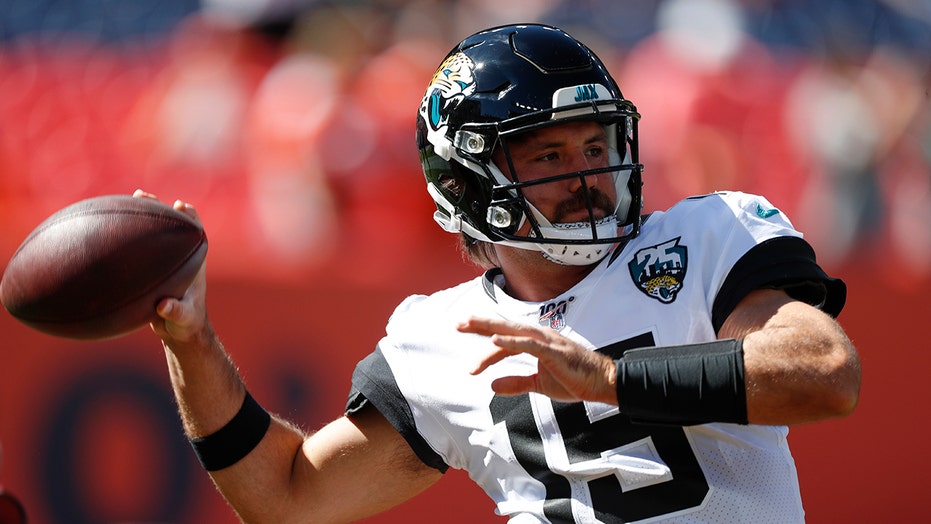 Jacksonville Jaguars star Leonard Fournette had a career game Sunday in a win over the Denver Broncos, which was then capped off by a gutsy performance from rookie quarterback Gardner Minshew.

Fournette, who had 29 carries for 225 rushing yards, was seemingly impressed with the way Minshew performed in a close game against the Broncos, which ended with a Josh Lambo game-winning field goal to give the Jaguars the 26-24 victory.

The LSU product game Minshew a new nickname after the win.

“His name is Jock Strap King,” Fournette said, according to ESPN. “He's stronger than you think. I don't know if the mustache gives him power or what.”

Jacksonville Jaguars running back Leonard Fournette reacts towards the crowd after a gain during the second half of an NFL football game against the Denver Broncos, Sunday, Sept. 29, 2019, in Denver. (AP Photo/Jack Dempsey)

Part of Minshew’s lore was the story of how he stretched in the locker room with just a jock strap on, which apparently is now a part of his professional ritual as well.

Minshew finished 19-for-33 with 213 passing yards and two touchdowns.

With the win, the Jaguars improved to 2-2 on the season. The Broncos fell to 0-4.