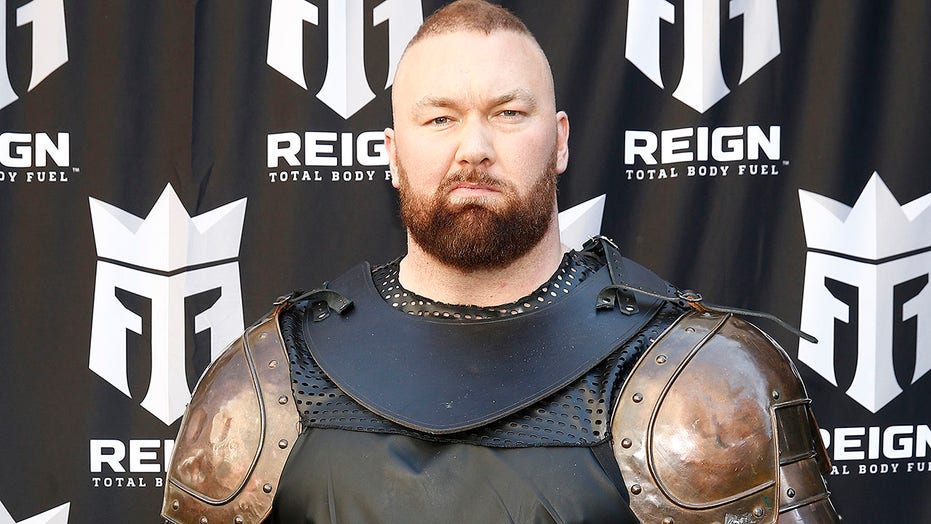 Hafthor Bjornsson, who played "The Mountain" in "Game of Thrones," and Eddie Hall’s war of words have turned into a date for what is being branded as "The Heaviest Boxing Match" in history.

Hall had considered the lift to be a “gym” record and stated that world records should be set in competition. He still wished Bjornsson good luck. When "The Mountain" broke the mark, he had some words for Hall.

“Eddie, I know I just knocked out your record,” Bjornson said afterwards. “Now I'm ready to knock you out in the ring. Time to put your fists where your big mouth is and sign the Core Sports contract.”

Hall responded by putting a poster of the fight against Bjornsson, saying the contract was signed and the fight was ready. He didn’t mince words when calling Bjornsson out. The bout is due to take place in Las Vegas in September 2021.

MIKE TYSON COULD MAKE COMEBACK IN 6 MONTHS IF HE WANTED TO, TRAINER SAYS

“I hope you're happy being the home gym hero right now. Everyone knows you haven't got the b---s to step into competition and replicate what I did. I've got a personal message for you, mano a mano. World's Strongest Man 2017, I trained for that like no other man did. And I came in and dominated that competition. And just like I did for that, I'm going to do the same for the fight. I'm gonna train for this like I've never trained for anything before," Hall said.

He added that he was going to take Bjornsson to “those dark waters.”

“It's a dark, deep, cold, horrible place. And it all ends in the ring, and that's where I'm going to teach you a f—king lesson. OK, Thor? So good luck, you're gonna f—king need it, and I will see you in the ring.”