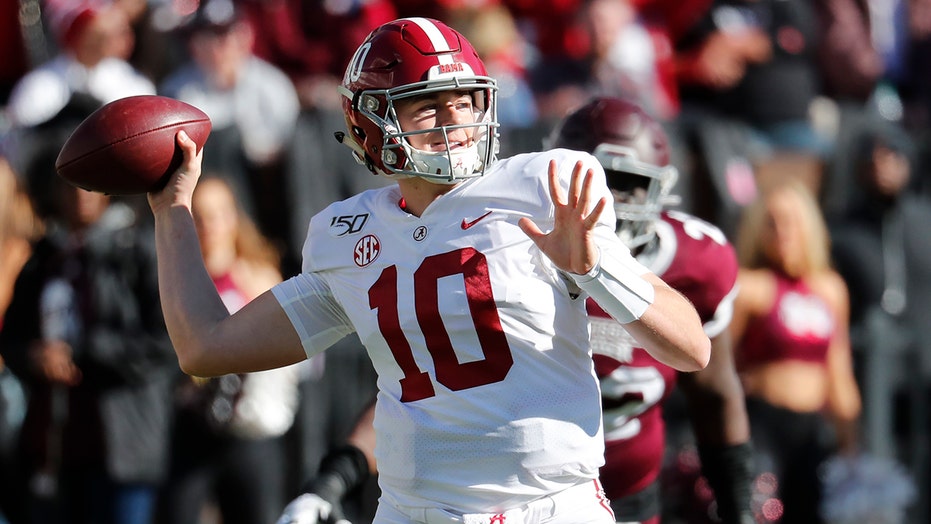 Alabama coach Nick Saban expressed confidence in Mac Jones taking the reins of the offense as Tua Tagovailoa will miss the rest of the season with a hip injury.

Saban was asked Wednesday during a press conference what he told Jones, according to ESPN. Among other things, Saban said he told Jones that it’s his turn to become a leader.

“You're not a sparring partner anymore,” Saban said he told the redshirt sophomore. “You're the lead dog, so you've got to be in control of what you're doing and have positive body language, not only in terms of what you do but in how you affect other people.”

Saban said that Jones understands what the team is trying to do on offense.

“We have a lot of confidence in him and we have some good players around him, so hopefully he'll be able to do his job well enough to continue to allow some of those players to be successful as well,” he said.

Jones has appeared in 14 games during his college career. He started a game against Arkansas earlier this season while Tagovailoa recovered from ankle surgery.

In that game against the Razorbacks, he was 18-for-22 for 235 yards and three touchdown passes. He’s mostly played in garbage time this season.

Jones will have a good shot at getting some confidence underneath him when the Crimson Tide take on Western Carolina on Saturday.