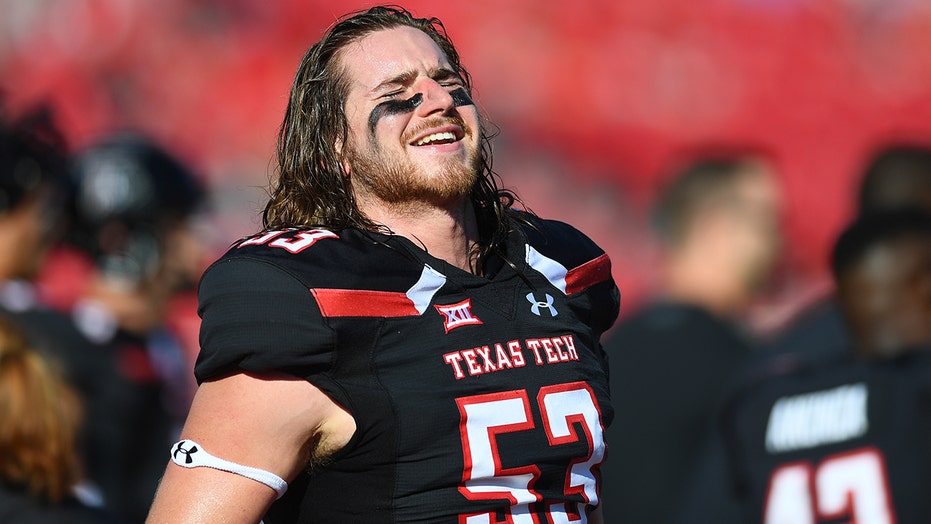 Texas Tech defensive end Eli Howard caused a stir Saturday in a game against Oklahoma when he dove right into running back Kennedy Brooks’ knees during an interception return.

Howard’s teammate Douglas Coleman intercepted a ball thrown by Sooners quarterback Jalen Hurts and was heading down the field when Howard delivered the nasty block to Brooks.

Howard was flagged for a personal foul on the play.

Brooks was injured on the play and did not return to the game. Oklahoma coach Lincoln Riley said Brooks was OK and was not seriously injured.

“Kennedy Brooks is good,” Riley said. “We're lucky because it was a bad, bad play. Coach Wells was classy about it. He felt about it what I would've felt about it. We were lucky he wasn't hurt worse, because he could've been.”

Howard recorded three tackles in the game, including a sack. He apologized for the hit in a post on social media.

“Obviously, my personal foul has been receiving a lot of attention through social media," he wrote. "During the play, I thought my player (ball carrier) had the corner and I tried to help by laying down a block. However, I had already launched when the ball carrier had stepped out of bounds.

“Personally, I truly felt like it was a ‘bang bang’ play. But it's easy to build your own perception with a remote in your hand. The block was illegal and could easily be viewed as ‘dirty,’ without a doubt. But I can assure you it wasn't intentional. There is a fine line between playing hard and playing safe. Sadly, I put another player in harms way and I accept full responsibility, this game is violent enough, let alone with an illegal hit."

He added: “Players need to take care of each other. I was told he was able to walk off the field and I pray there isn't a significant injury. With this being said, I would like to apologize to Coach Wells and the rest of the Texas Tech program. This is not the playing style he coaches or accepts. I did not represent my university well. Also, I would like to apologize to the player I hit illegally and again I truly hope he is okay. I hope y'all can forgive me. Wreck'Em”

The Sooners improved to 4-0 on the season while the Red Raiders dropped to 2-2.