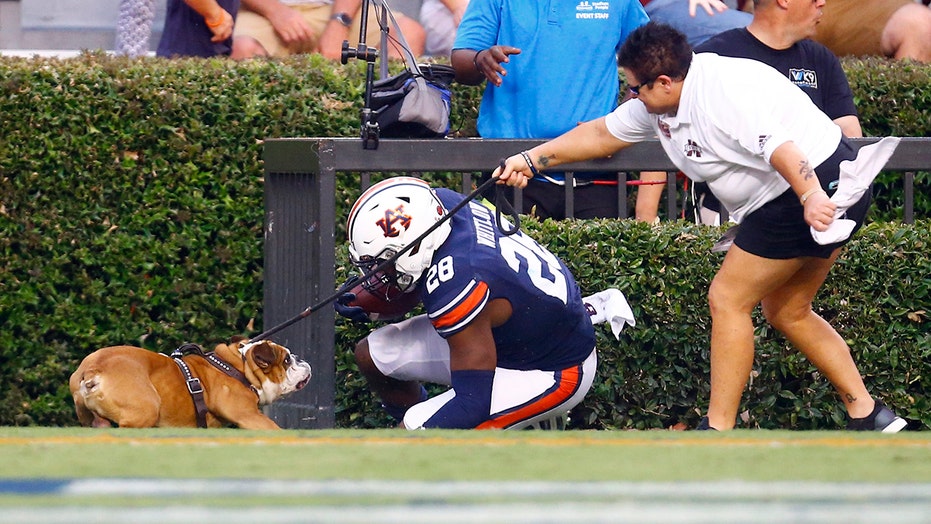 Auburn Tigers running back Boobee Whitlow created some controversy when he scored a touchdown during a game against the Mississippi State Bulldogs.

The redshirt-sophomore running back was on his way into the end zone and was tackled from behind upon crossing the goal line. Whitlow’s momentum carried him further and he slid down headfirst into the Bulldogs’ live mascot – Bully XXI.

Mississippi State fans were not happy that Whitlow ran into the dog, though a video clip appeared to show the incident was just an accident.