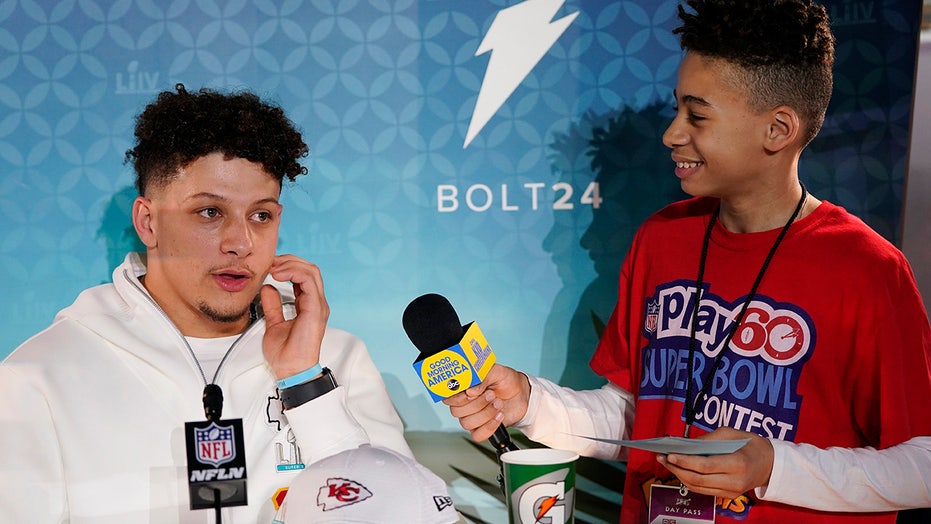 The young reporter initially asked Mahomes what it takes to get to the Super Bowl. After the star quarterback answered, the reporter said he wanted to be just like Mahomes.

The third-year quarterback played in 14 games despite dislocating his kneecap about midway through the year. He threw for 4,031 passing yards with 26 touchdown passes a year removed from his MVP season.