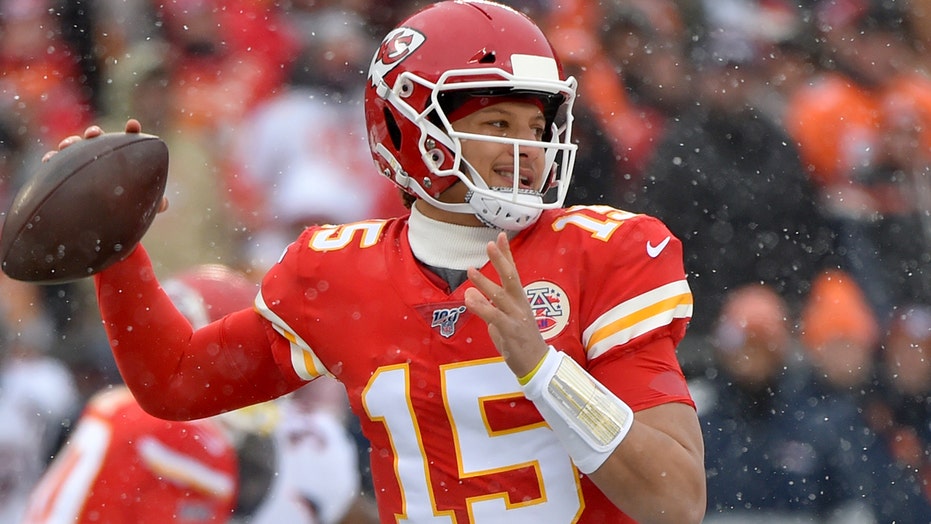 The Mets tweeted a picture of Mahomes in a baseball jersey and wrote, “Congrats to @PatrickMahomes and the @Chiefs. #SuperBowlLIV #LGM.”

Pat Mahomes told the New York Daily News earlier this month that he initially wanted his son to go the baseball route because of his talent at the plate.

“You know, I was coaching him one time and we were playing a game. We were beating the [other] team pretty bad,” he said. “He came up to me and said, ‘Dad, I’m gonna go up here and hit left-handed the next time. I’m gonna hit left-handed and I’m also going to hit with a wooden bat.’ I said, ‘Well, we’re up, go do what you do. He hit the first pitch and he hit it over the centerfield fence and I said, ‘Oh, this kid is pretty special.’”

The elder Mahomes said his son fell in love with football and didn’t look back.

“I mean, I was with him,” he said of his son. “I saw him turn down life-changing money and he said, ‘Dad, I want to play football.’ He made the decision. He’s always been a kid that was very responsible with the decision that he made. Once he made the decision, I changed my hat and we decided to do the best we could.”

Now, Patrick Mahomes has a chance to get a Super Bowl ring to add to his NFL MVP award.