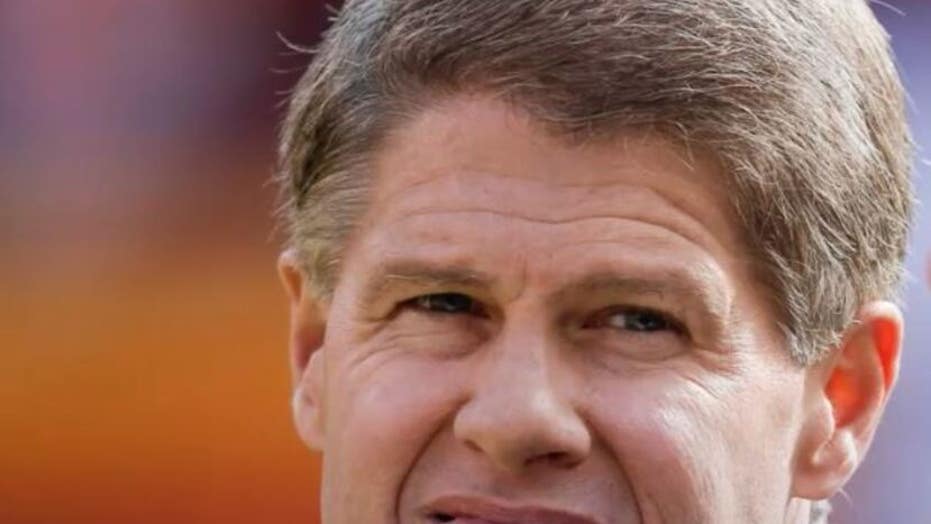 Things to know about Clark Hunt before the Chiefs play in the Super Bowl.

Clark Hunt is the co-owner, chairman and CEO of the Kansas City Chiefs.

While the Hunt family is the owner of the team on paper, Clark Hunt represents the face of the organization and represents the team at league meetings and has authority on personnel decisions.

Here are some other things to know about Hunt before the Chiefs play in the Super Bowl.

Clark Hunt is the son of Lamar Hunt and the grandson of H.L. Hunt.

H.L. Hunt was an oil tycoon who owned the East Texas Oil Field, one of the world’s largest oil deposits.

Hunt became the chairman of the Kansas City Chiefs in 2005 and the co-owner in 2006 after his father died. He has overseen five coaching changes, which started with Dick Vermeil retiring after the 2005 season, the hiring of Herman Edwards which then led to Todd Haley, Romeo Crennel and finally Andy Reid.

Since Hunt took over things, the Chiefs have won five AFC West division titles but only made it further than the AFC Championship once – in the 2019 season when they defeated the Tennessee Titans.

3). HUNT IS A DEVOUT CHRISTIAN

Clark Hunt talked about his faith in 2019. (AP Photo/Charlie Riedel) (The Associated Press)

Hunt discussed his faith in the middle of the 2019 season. He spoke at the CityFest East Texas Men’s Luncheon in Texas in October and said that Christian faith is a top priority for Chiefs employees.

“We want our employees to develop spiritually,” Hunt said, according to the Tyler Morning Telegraph. “In the National Football League, Christ is really glorified. My identity is my faith in Christ.”

According to the paper, Arrowhead Stadium is fitted with a chapel and chaplains are part of the team.

Hunt married Tavia Shackles in 1993. Shackles was a former Miss Teen Missouri and former Miss Kansas. She was second runner-up in the Miss USA pageant in 1993.

Hunt and Shackles have three children – Gracie, Knobel and Ava.

Lamar Hunt left a lasting legacy on the NFL. The AFC Championship trophy was named for him and Clark Hunt had an incredible moment of holding the trophy named for his father after the Chiefs’ win over the Titans.

“It’s a tremendous day for our family, and I should mention how happy I am for my mother [Norma],” Hunt said. “To hold and kiss this trophy really means a lot, and I think that’s true for my whole family.

“My mom alluded to it on the stage, my dad always felt like the team belonged to the fans — and what we’re most excited about today is winning this trophy for the fans.”