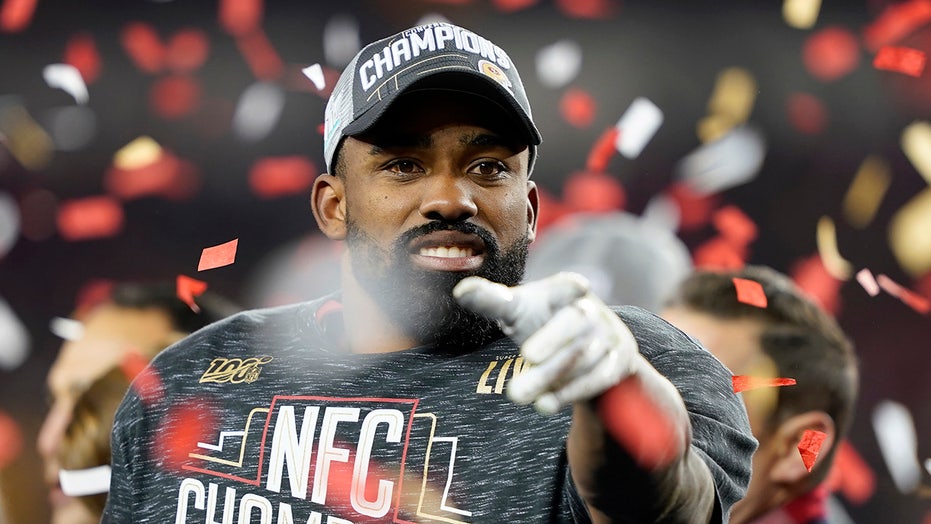 San Francisco 49ers running back Raheem Mostert has proved that he can score plenty of touchdowns and catch passes out of the backfield for Jimmy Garoppolo.

But there is at least one thing he cannot do.

The running back who was cut by six teams before finally finding success with the 49ers is unable to take part in “extraordinary sports” due to his three-year, $8.7 million contract, which includes surfing, according to ESPN.

“That was put in this year. I'm not allowed to,” the New Smyrna Beach, Fla., native said Monday at the NFL’s Super Bowl Opening Night. “I'll be able to have time to do that when I'm done playing ball. I'm not too bummed about it. I have one objective, one goal, and that's to play the game I love right now and to play in the Super Bowl.”

Mostert thrust himself into the national spotlight during the NFC Championship game against the Green Bay Packers. He ran for 220 yards on 29 carries and scored four touchdowns. He got most of the playing time because Tevin Coleman left the game with an injury.

The success on the ground meant Garoppolo only needed to throw the ball eight times.