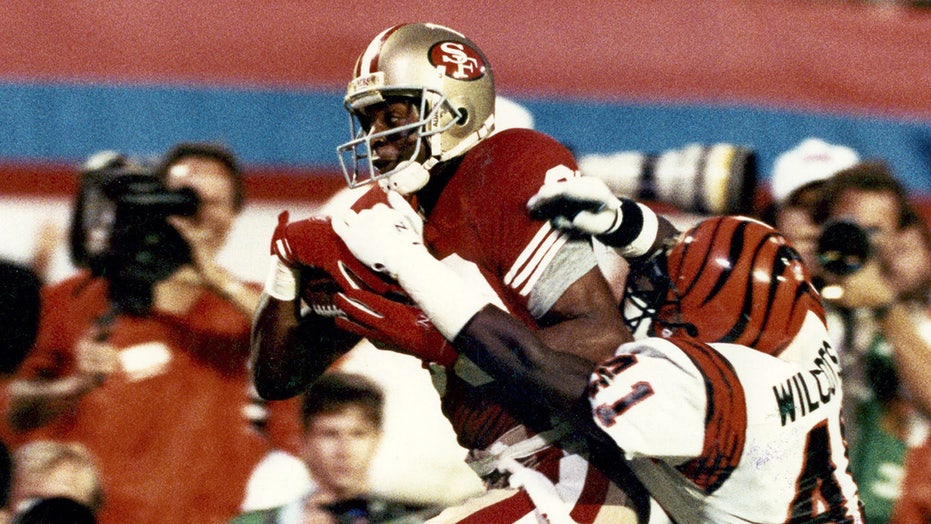 Super Bowl LIV will feature some of the top pass catchers in the NFL.

The Kansas City Chiefs will go up against the San Francisco 49ers defense with Tyreek Hill, Sammy Watkins, Travis Kelce and Demarcus Robinson. The 49ers will counter with Deebo Samuel, Emmanuel Sanders and George Kittle.

Both teams also have running backs in Raheem Mostert and Damien Williams who could catch the ball out of the backfield as well.

Several NFL players have caught 10 or more passes in the Super Bowl’s history. Here’s a look at the list.

Dan Ross is a relative unknown to the casual NFL fan. However, the tight end was Cincinnati Bengals quarterback Ken Anderson’s top target during Super Bowl XVI against the San Francisco 49ers. Ross had 11 catches for 104 yards and two touchdowns in the game.

The Bengals fell short in the game losing to the 49ers 26-21. Ross would go on to make the Pro Bowl the following season. He would play in the United States Football League in 1984 then play in the NFL for two final seasons before calling it a career.

Jerry Rice gave the 49ers a great performance in Super Bowl XXIII against the Bengals. He caught the game-tying touchdown pass in the fourth quarter from Joe Montana. John Taylor would score the game-winner later in the frame. San Francisco won, 20-16.

Rice won Super Bowl MVP thanks to his 11 catches for 215 yards and a touchdown. His receiving yards mark is still a record that stands as the Chiefs and Niners get set to play in Super Bowl LIV.

Branch didn’t score a touchdown in the game but was still honored with Super Bowl MVP. He had 11 catches for 133 yards on the way to a 24-21 victory.

Brady has lost in the Super Bowl three times and the first came at Super Bowl XLII when the New York Giants got the better of the undefeated Patriots. Brady had 29 completions in the game and 11 of them went to wide receiver Wes Welker.

Welker finished with 11 catches for 103 yards. He was targeted 14 times in the game. He did not score a touchdown. Brady had one touchdown pass in the game – a 6-yarder to Randy Moss. Laurence Maroney scored a rushing touchdown in the second quarter from the goal line.

Shane Vereen tied the market set by so many pass-catchers before him in Super Bowl XLIX against the Seattle Seahawks. Vereen was Brady’s top target in the game followed by Julian Edelman and Rob Gronkowski.

The running back finished with 11 catches for 64 yards. He did not score a touchdown but in the end, it didn’t matter. The Seahawks drove down the field one final time and Malcolm Butler intercepted a pass in the end zone to seal another Super Bowl victory.

Thomas had the catch-record for a few years. (Photo by Christian Petersen/Getty Images)

The Denver Broncos got swallowed up by the Seahawks in Super Bowl XLVIII. Seattle’s defense controlled the game from the start and had a 22-0 lead by halftime. Denver lost the game, 43-8.

Demaryius Thomas had the lone score for the Broncos and set the record for most catches in a Super Bowl at the time. Thomas had 13 catches for 118 yards with the touchdown catch.

James White was the game-breaker in Super Bowl LI. (Photo by Elsa/Getty Images)

James White would break Thomas’ catch record in Super Bowl LI. He was the main part of the Patriots’ comeback against the Atlanta Falcons. Not only did he have two rushing touchdowns, but he also had a touchdown reception as well. White had two key touchdowns, including the game-winner.