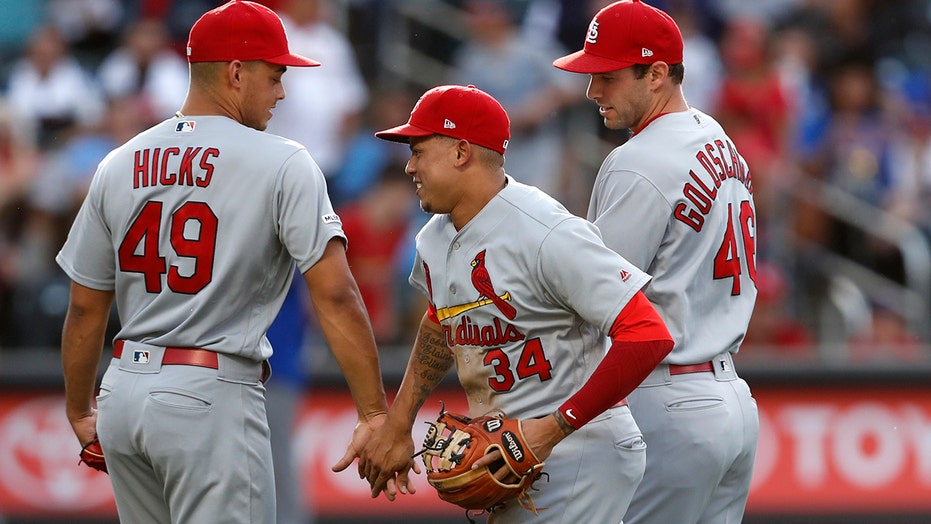 St. Louis Cardinals pitcher Jordan Hicks has thrown pitches at 104 and 103 mph this season but the hard-throwing right-hander recently learned the downside to throwing like that.

The Cardinals announced Monday that Hicks had torn his ulnar collateral ligament in his throwing elbow, an injury that more often than not leads to Tommy John surgery and could cost a player an entire season, if not more.

Hicks’ rocket arm caught the attention of baseball last season when he would routinely throw fastballs that were above 102 mph, and a sinker that clocked in at 101.5

The 22-year-old left Saturday’s game against the Los Angeles Angels in the ninth inning after he had pitched 1 1/3 innings. He had only made his debut last season, pitching in 73 games.

Hicks appeared in 29 games this season for the Cardinals, recording a 3.14 ERA and 31 strikeouts before the injury.

According to MLB Statcast, Hicks owned the top 21 fastest pitches so far this season, ranging between 103 mph and 104 mph. All the pitches coming from his sinker.

The Cardinals have yet to make a final decision on whether Hicks will have surgery.