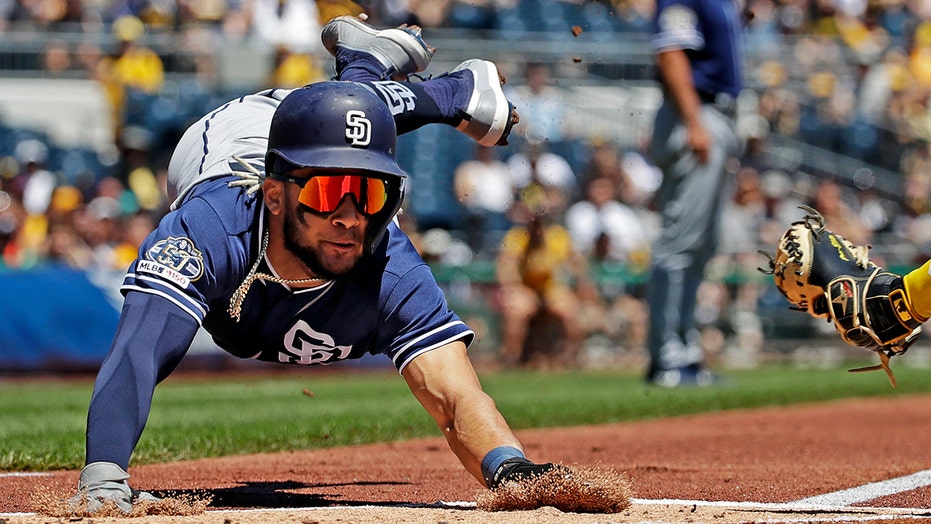 Padres batter Hunter Renfroe popped up to Pittsburgh Pirates infielder Kevin Newman with one out and two runners on in the first inning. Tatis, who was on third base, saw Newman hesitate for a quick second and then took off for home plate.

Newman threw the ball to catcher Elias Diaz, who tried to tag Tatis at the plate. Tatis slid and at first appeared to be tagged out by Diaz. The umpire called Tatis out at home.

The Padres challenged the call at the plate - and they were right to do so.

After further review, officials determined Tatis was safe at home. It gave the Padres their first run of the game. Tatis later scored two more runs in the game. He also had two RBI to his credit.

However, the game between both teams ended up being a battle. The Padres and Pirates combined for 21 runs with Pittsburgh defeating San Diego 11-10 in extra innings.

FAN STRUCK IN HEAD BY FOUL BALL AT DODGER STADIUM, RUSHED TO HOSPITAL