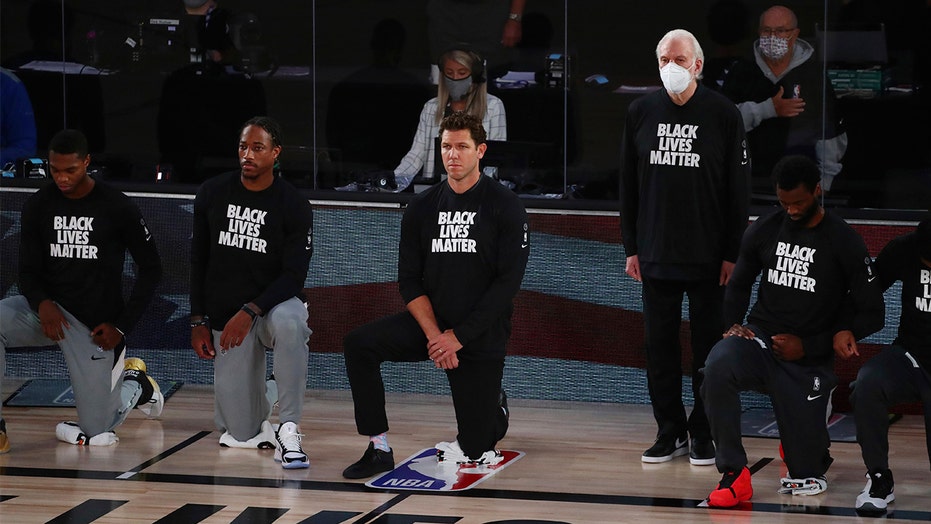 San Antonio Spurs coach Gregg Popovich, one of the NBA's most outspoken voices on social justice issues, opted to stand during the national anthem before Friday night’s Kings-Spurs games.

Popovich, who just last week called people offended by or who don’t understand the Black Lives Matter movement ignorant, decided to stand while his team and the players on the opposing team took a knee during the national anthem.

“I'd prefer to keep that to myself,” Popovich said, USA Today reported.

“Everybody has to make a personal decision. The league's been great about that; everybody has the freedom to react any way they want. For whatever reasons that I have, I reacted the way I wanted to.”

Players on the team appeared to respect their decision. Forward DeMar DeRozan told USA Today that their decision to stand came “out of a positive side of their heart.”

“Same way we kneel. Don't take away nothing [sic] from those guys. Pop speaks out,” he said. “When it comes to Becky, she's been [on the] front line, fighting for equality since I've been a fan of hers playing in the WNBA. So everybody has their own right of making a statement and you can't vilify nobody [sic] for not doing what the other group is doing. I'm all for it."