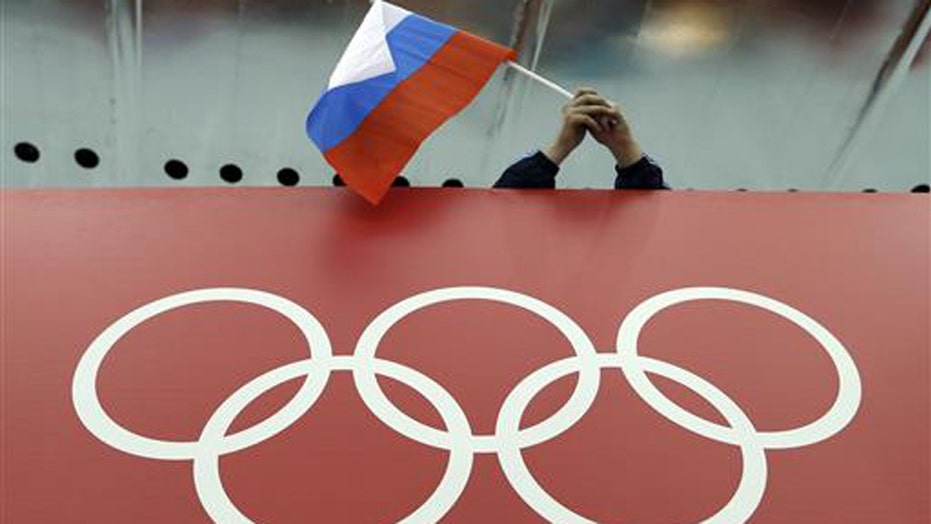 Olympic leaders called for drug-testing of individual Russian and Kenyan athletes across all sports, warning Tuesday that evidence of inadequate doping controls in those countries could lead to more teams being barred from the Rio de Janeiro Games.

At the same time, the international sports officials also opened the door to some Russian track and field athletes competing under their own flag -- not as neutral athletes -- in Rio.

IOC President Thomas Bach convened a special Olympic summit to follow up on the IAAF's decision to maintain its ban on Russia's track team for the games and to take additional steps to ensure a "level playing field" for all athletes in all sports in Rio.

The meeting came four days after the IAAF, track and field's world governing body, upheld its ban -- first imposed in November -- on Russian athletes for a "systematic and deeply-rooted culture of doping."

The summit reiterated that it fully respects the IAAF decision, which Russian officials have condemned as unfair to "innocent athletes." The Russians confirmed Tuesday they will appeal to the Court of Arbitration for Sport.

"We consider it unfair on the vast majority of our athletes who have never doped and have not violated any criteria," Russian Olympic Committee chief Alexander Zhukov told the meeting. "They will be punished for the sins of others."

While backing the IAAF decision, the summit also expanded the scope of the doping investigations to deal with all sports in Russia and Kenya, two countries deemed non-compliant with rules of the World Anti-Doping Agency. The summit, which also cited "substantial allegations" against those countries, put the onus on each international sports federation to make sure their athletes are clean ahead of the Rio Games, which open on Aug. 5.

"The Olympic summit considers the `presumption of innocence' of athletes from these countries being put seriously into question," the leaders said in a statement. "As a result, every IF should take a decision on the eligibility of such athletes on an individual basis to ensure a level playing field in their sport."

Bach said the federations need to take into account whether the tests were analyzed at tainted labs or fail to meet to meet other international standards.

"They have to be satisfied the status of the individual athlete puts them on a level playing field with all the international competitors in their sport," he said.

Kenya -- home to many of the world's top distance runners -- has been hit by dozens of positive drug cases in recent years and has struggled to set up a credible anti-doping system. IAAF officials, however, have said Kenya should not be in danger of missing the games because its athletes have been subjected to extensive international testing.

While upholding its ban on Russia last week, the IAAF had opened the door to a small group of Russian athletes who live and undergo rigorous drug-testing outside the country to apply to compete as "neutral" athletes in Rio. The IAAF has said that would apply to only a handful of athletes.

The IOC, however, said that if any Russians are deemed eligible by the IAAF they would be in line to compete under the Russian flag.

The leaders said in their statement that the IAAF report acknowledged "the enormous efforts and professionalism" of the Russian Olympic Committee, as opposed to the national track federation.

The summit did not undermine the IAAF ban on Russia as a whole. The team -- including two-time pole vault champion Yelena Isinbayeva -- remains barred from the games.

No decision was taken on the possible participation at the games by Russian whistleblower Yulia Stepanova. The 800-meter runner, who served a two-year ban for blood doping before helping to expose cheating in Russia, was given IAAF dispensation to apply to compete as an independent athlete for her "extraordinary contribution to the fight against doping."

"There was no discussion about this," Bach said. "We understand that the IAAF has to take its decision so anything I would say here would be mere speculation."

It's unlikely the IOC would allow an admitted doper to compete under the Olympic flag, so another solution would have to be found.

Bach acknowledged that the Russians were taking their case against the ban to CAS, the highest court in sports.

"This is the good right of everybody," he said. "So we are expecting the results of these potential court cases."

The doping crisis extends beyond Russia's track and field athletes and beyond Russia itself. WADA President Craig Reedie said Monday that the agency has started investigating allegations of doping by the Russian and Chinese swimming teams.

Russian athletes -- including 16 from track and field -- have provided 22 of the positive samples from the Beijing and London retests.

The leaders also called on authorities to pursue sanctions not only against athletes, but against doctors, coaches, officials and other personnel implicated in doping.

Bach also lamented "deficiencies" in the global anti-doping system, which is suffering from a loss of public trust and confidence in the wake of so many scandals.

"It has to be more transparent," Bach said. "Everybody has to understand better who is doing what and who is responsible for what and this needs a full review."

The Olympic leaders called on WADA to convene a special world conference on doping next year to find ways of improving the system. The IOC reiterated its proposal for the creation of an independent agency to carry out drug-testing worldwide.

Still looming heavily over the Russians is an ongoing WADA investigation into allegations made by Moscow's former drug lab chief, Grigory Rodchenkov, that he was involved in a state-backed conspiracy to dope Russian athletes ahead of the 2014 Sochi Winter Olympics and swap tainted samples for clean ones during the games.

WADA's final report is due by July 15. If it uncovers further widespread, state-backed cheating in Russia, it could push for further action against Russia.