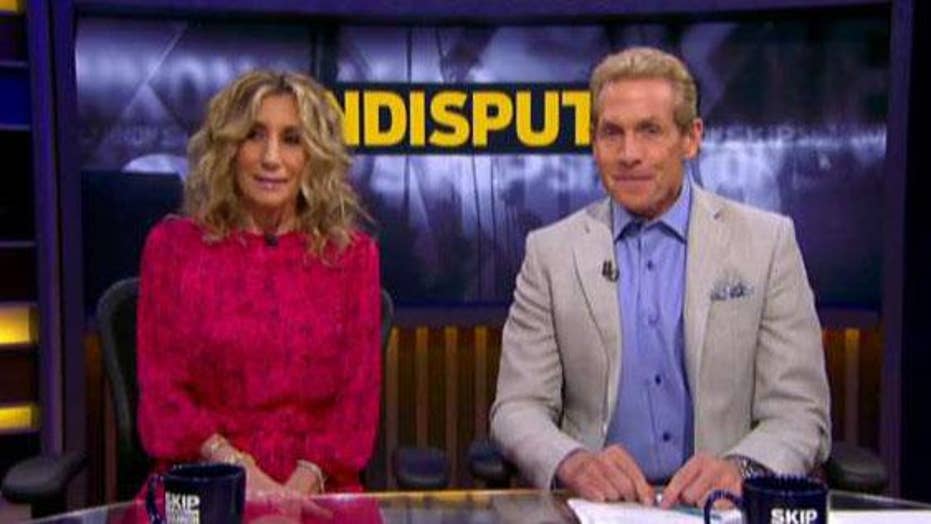 How to have a good relationship with a sports obsessed guy

Skip Bayless and Ernestine Sclafani Bayless give their relationship tips.

Ernestine Sclafani Bayless knew from day one that she and her now-husband, FOX Sports broadcaster Skip Bayless, would have to find a balance between their love life and his obsession with sports.

More than 14 years later, she is helping other couples with her new book, “Balls: How to Keep Your Relationship Alive When You Live With a Sports-Obsessed Guy."

The Baylesses appeared in an interview on “Fox & Friends” on Wednesday to talk about their relationship.

Skip Bayless, who co-hosts “Skip and Shannon: Undisputed” on FOX Sports,” revealed he is incredibly superstitious when it comes to watching games.

“I got jinx demons that she learned early on in our relationship," he said. "There are certain rules in our household that must be abided by,” he continued.

“Once I got into my little cubby hole to watch my games that she cannot interfere by opening the door ... She cost me a Tom Brady interception in the AFC Championship game last year and, on opening Thursday night of this year, she barged in with my dinner at the inappropriate time and she knew to wait until half time and she cost me a big completion.”

Ernestine Sclafani Bayless was then asked how she deals with her husband.

“I have learned over 14 years of being with this man that there are ways around it. That’s why I wrote the book,” she said. “With his jinxes, I now know not to walk into the room unless something is major. But he considers everything is major when it comes to his game on Sunday and Monday and Thursday. I do know now what to do and what not to do and what to say.”

Skip Bayless said he did make it clear to her on the first date about his obsession.

“… Just remember the point of this whole book was that I told her on our first date that if this goes anywhere – and I thought it had a chance to go somewhere because it was love at first sight – that you’re going to have to figure out how to be the 1A to the No. 1 which is I’m married to my job. And she likes to say she’s eclipsed that and become No. 1 and I will give her that.”

Ernestine Sclafani Bayless did give at least one tip on how to watch sports while you want to spend time with your husband or boyfriend: Focus on the cute guys.

Skip Bayless said he tells his wife about the players' backstories and about their families when they watch basketball together.