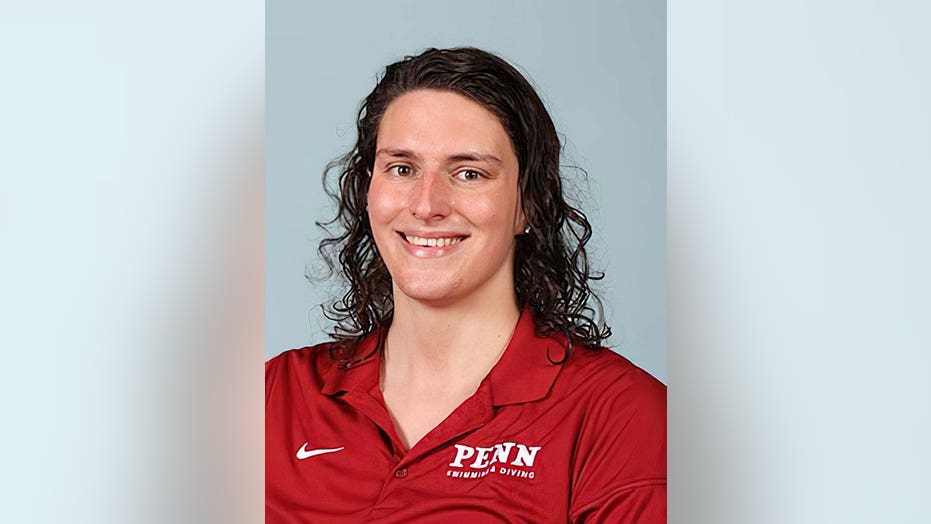 Even after a Wednesday team meeting where a source says Penn administration "strongly advised" its swimmers to avoid talking to the media about the situation surrounding transgender Penn swimmer Lia Thomas, a second female Penn swimmer has stepped forward to speak out via an exclusive interview with OutKick.

The second female Penn swimmer to speak out, who was granted anonymity due to what is viewed as threats from the university, activists, and the political climate, wants people to know that Penn swimmers are "angry" over the lack of fairness in the sport as Lia Thomas destroys the record books and brings fellow teammates to tears.

The second Penn swimmer to come forward was at the University of Akron Zippy Invitational where she watched Lia Thomas beat fellow teammate Anna Kalandadze by 38 seconds in the 1650 freestyle. OutKick’s source described Penn swimmers on the Akron pool deck as upset and crying, knowing they were going to be demolished by Thomas.

"They feel so discouraged because no matter how much work they put in it, they’re going to lose. Usually, they can get behind the blocks and know they out-trained all their competitors and they’re going to win and give it all they’ve got," the source said.

"Now they’re having to go behind the blocks knowing no matter what, they do not have the chance to win. I think that it’s really getting to everyone."

After just five meets and the Akron Invitational, Thomas has not just destroyed opponents. The Penn freestyle records are being rewritten by a swimmer who was second-team All-Ivy league in 2018-19 — as a male.

Akron was an absolute beatdown by Thomas, but it wasn’t without disgust from fans who were in the building watching meet, pool, and school records drop one after the other.

"Usually everyone claps, everyone is yelling and cheering when someone wins a race. Lia touched the wall and it was just silent in there," OutKick’s source said during a phone interview.

Friday, Thomas set a new 500 freestyle Ivy League record. Saturday saw Thomas touch the wall in the 200 freestyle, which is now the nation’s fastest time in the event. And then there was the 1650 that left fans in disgust.

OutKick’s source said that after the 200 freestyle, Thomas could be overheard bragging.

"That was so easy, I was cruising," Lia Thomas allegedly said.

According to OutKick’s source, Thomas was unhappy with her time after the 500 race, but while standing in front of teammates, made sure to mention, "At least I’m still No. 1 in the country."

"Well, obviously she’s No. 1 in the country because she’s at a clear physical advantage after having gone through male puberty and getting to train with testosterone for years," OutKick’s source said. "Of course you’re No. 1 in the country when you’re beating a bunch of females. That’s not something to brag about."

Thomas’ best times racing as a male the first three years at Penn:

A team source who was at Wednesday’s meeting says the administration drew a line in the sand and announced that Thomas wasn’t going anywhere and it was non-negotiable.

That leaves disgusted teammates no choice but to either stay quiet or speak up against the wishes of the school and risk repercussions. The second swimmer to speak out says that it’s her belief that coach Mike Schnur is just staying quiet and going about his business.

"He is just following the NCAA rules and the situation is out of his hands," she said.

After years of battling for Title IX and equal rights with men in college athletics, the biological women are pretty much being told to shut their mouths and move along by the school and the NCAA.

"While they say they care about all of us, our interests are in direct conflict with the interests of Lia in regards to fair competition and getting to compete. While we support Lia as a person to make decisions for her own life, you cannot make that decision and then come and impede on other people and their rights," OutKick’s source added.

So what’s the solution here? Thomas’ teammate doesn’t have a magical policy that the NCAA should follow to make everyone happy.

"I know no matter what, biological women will never be on an equal playing field with transgender females."

During an interview published Thursday by swimming outlet SwimSwam.com, Thomas spoke out for the first time since destroying pool records and said, "I’m just thrilled to still be able to swim and I love to compete and I love to see how fast I can go. It’s sorta an ongoing evolution of what I think I can go."

As for the records Thomas now holds, she doesn’t seem to have any regret in smashing biological female swimming marks.

"I’m proud of my times, my ability to keep swimming and to continue competing. And they’re suited up times. I’m happy with them and my coaches are happy with them," Thomas added.

And that was that from Thomas. No shame. No mention of not claiming the records so that they can remain the property of biological women. Thomas is moving on — with the records

As for the biological women, they’re left to battle it out for second place in the freestyle events and receive lectures from school administrators who want them to be good foot soldiers so the school isn’t attacked by an angry transgender community for speaking out against Thomas.

"Honestly, this is so upsetting to us because we want to be acknowledged for our hard work, but it seems like this just keeps overshadowing us. Put Lia out of the picture — we have a really good team this year. We have one of the best teams we’ve had in years, and that’s being overshadowed by [Lia]," OutKick’s source said.

"Even without Lia, we had the chance to win the Ivy League this year, which is a huge deal for us. We train every single day and give up so much for this sport. And I love swimming. I do it because I love it. It’s been a part of my life forever, and this is a slap in the face that the NCAA doesn’t care about the integrity of women’s sports."

Penn returns to its home pool on Jan. 8 with a meet against Dartmouth as Lia Thomas continues on a path that figures to turn into NCAA titles in March.

"This is such a cloud over everything. A cloud in the locker room, especially the last few days because we all know of how things have changed in the last week," Thomas’ teammate concluded.