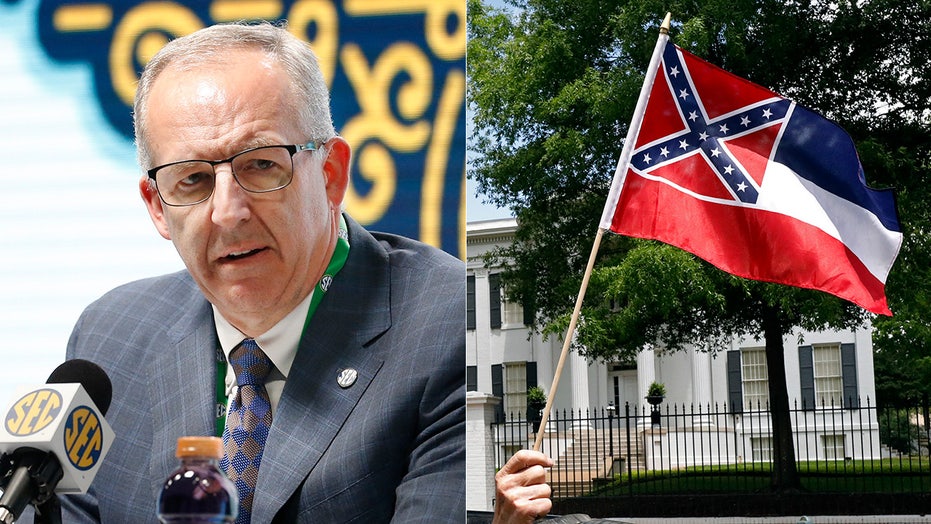 SEC Commissioner Greg Sankey threatened to leave Mississippi out of hosting any conference championship events unless the state changes its flag, which currently includes a Confederate emblem.

Sankey’s statement on Thursday follows the NCAA, which has already said it would not host any postseason events in Mississippi because of the state’s flag.

“It is past time for change to be made to the flag of the State of Mississippi,” Sankey said in a statement. “Our students deserve an opportunity to learn and compete in environments that are inclusive and welcoming to all. In the event there is no change, there will be consideration of precluding Southeastern Conference championship events from being conducted in the State of Mississippi until the flag is changed.”

“Mississippi needs a flag that represents the qualities about our state that unite us, not those that still divide us,” Ole Miss Chancellor Glenn Boyce and athletic director Keith Carter said in a statement. “We support the SEC’s position for changing the Mississippi state flag to an image that is more welcoming and inclusive for all people.”

Mississippi State president Mark E. Keenum said he wrote state officials on June 12 requesting to change the flag and that the school has been on record since 2015 in favor of altering it.

“The letter said, in part, that our flag should be unifying, not a symbol that divides us,” Keenum said. “I emphasized that it is time for a renewed, respectful debate on this issue.”

State lawmakers have been building momentum to change the flag, but Republican Gov. Tate Reeves has pushed back saying it should be up to the voters.

In 2001, the decision to remove a Confederate symbol from the state flag was voted upon. Voters decided to keep the flag rather than replace it with one that did not include an emblem from the losers of the Civil War.