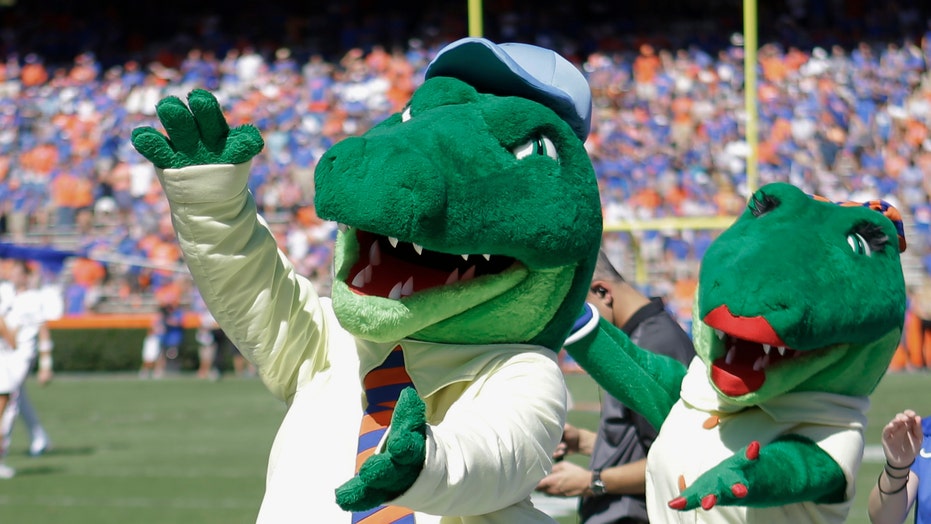 The University of Florida is ending its “gator bait” cheer at football games and other sports events because of its racial connotations, the school's president announced Thursday in a letter making several other similar changes on campus.

Florida president Kent Fuchs said in a letter to the university's faculty, students, and staff that the cheer has a “horrific historic racist imagery” involving African American people, especially children, being used as bait for alligators.

“Accordingly, university athletics and the Gator Band will discontinue the use of the cheer," Fuchs wrote.

The university's sports teams in the Southeastern Conference are nicknamed the Gators, for the ubiquitous Florida reptile. In the past, the school's band would strike up a “gator bait” tune and fans would respond with their arms doing a chomping motion while shouting the slogan.

The link to racism is borne out by news articles in years past. For example, in 1923, Time Magazine published a story about how “colored babies were being used for alligator bait” in Chipley, Florida.

“The infants are allowed to play in the shallow water while expert riflemen watch from concealment nearby," the article said. "When a saurian (alligator) approaches this prey, he is shot by the riflemen.” The Chipley Chamber of Commerce responded to the Time article by calling it a “silly lie, false and absurd.”

The letter from Fuchs outlined a number of other steps the university in Gainesville, Florida, is taking on racial issues following the death of George Floyd at the hands of Minneapolis police. Floyd's death has sparked nationwide protests focused on police brutality against African Americans.

Among other things, Fuchs said the university will require students, faculty, and staff to be trained on “racism, inclusion and bias” and will also bring a new focus on the African American experience in the upcoming academic year.

The University of Florida, the state's largest with about 52,000 students, is expected to reopen in the fall semester with restrictions related to the coronavirus outbreak.

In his letter, Fuchs said the school will look into a number of other race-related topics. These include one task force to document the university's history regarding race and ethnicity, and a second task force to examine the reasons behind honorary namings on campus.

“I am personally committed to removing any monuments or namings that UF can control that celebrate the Confederacy or its leaders,” Fuchs wrote.

Fuchs said that he is ending the university's practice of using prison and jail inmates as farm labor in some of its agricultural programs. He also said the university will redouble its efforts to recruit and retain African American students, faculty, and staff.

“It is past time for UF to commit and engage in this challenging, uncomfortable, transformational work,” Fuchs wrote in the letter. “We know that we cannot undo lifetimes of injustice and racism, but we believe we can make progress — in education, in advancing truth, reconciliation and justice, and in anti-racism, equality and working to eradicate inequities.”