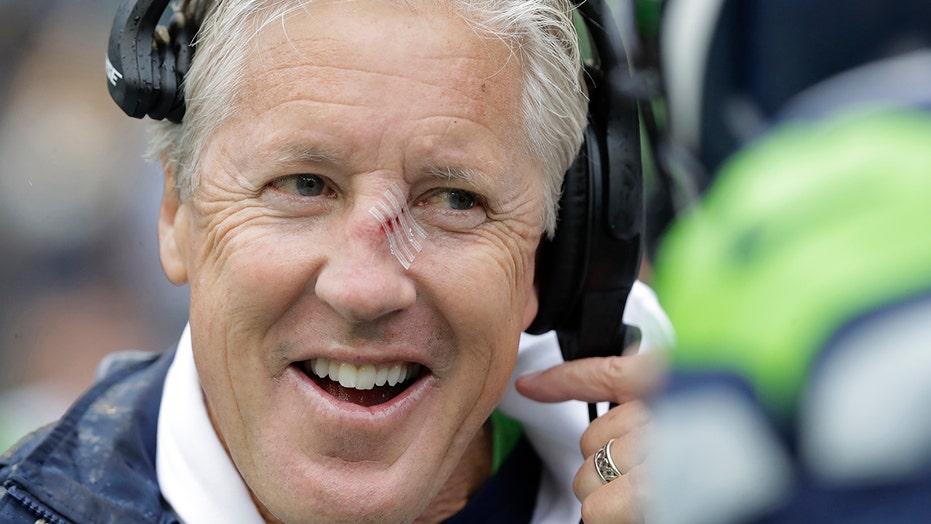 Sometimes even coaches get bruised and battered in the NFL.

Seattle Seahawks head coach Pete Carroll was on the receiving end of a football to the face Sunday prior to his game against the New Orleans Saints.

Video showed Carroll unaware of a football being tossed his way. He was later seen with a nasty gash on the left side of his nose and a bandage taped over it.

According to ESPN, Carroll was asked whether the nose was broken.

“It's been broken many times,” Carroll replied.

The Seahawks ended up losing to the Saints 33-27 to drop to 2-1 on the season. The Saints, even without Drew Brees, improved to 2-1 on the year.

Culminating the nose injury and the loss, Carroll told reporters after the game: “I’ve had a particularly bad day.”