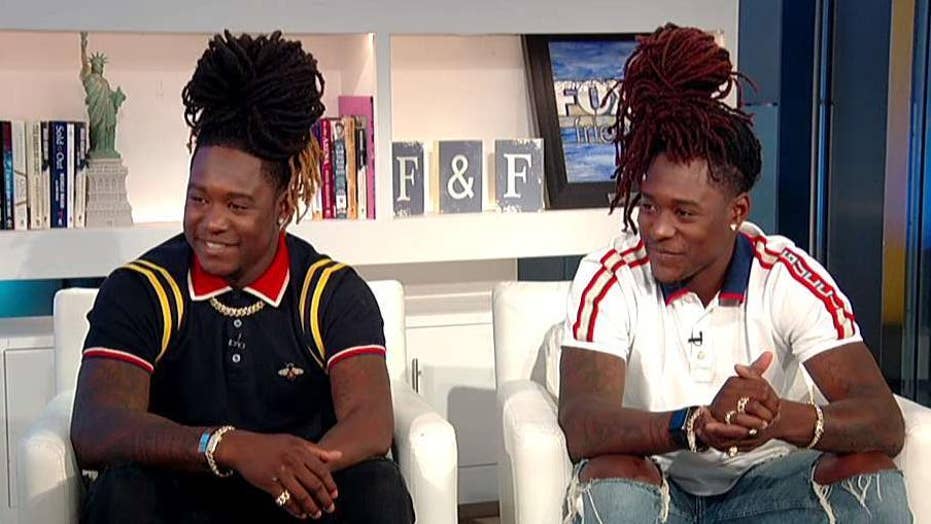 Seattle Seahawks twin brothers Shaquem and Shaquill Griffin opened up Tuesday about growing up together, going to the same college and then eventually getting drafted by the same NFL team.

The brothers, whose new book “Inseparable: How Family and Sacrifice Forged a Path to the NFL” debuted last week, appeared on “Fox & Friends.” Shaquill Griffin told host Brian Kilmeade about getting recruited to colleges and turning some down because they wouldn’t take his brother, whose left hand was amputated at age four.

Shaquill Griffin said the bond he and his brother created wasn’t going to be broken.

“Before we got to high school, we created a bond that we told each other we weren’t going to leave each other no matter what,” he said. “When we go to school, we’re gonna live with each other. We had a bond – we even said we were gonna marry twins, which is something that is a little difficult now to do.

“That’s something we created early and I really believed in that and I trusted in that so when colleges asked me if I had any problems leaving him behind I really did and I told them if you don’t offer both of us you can’t have none of us.”

Seattle Seahawks brothers Shaquem Griffin (49) and Shaquill Griffin (26) walk off the field together during a game between the Minnesota Vikings and the Seattle Seahawks. (Photo by Christopher Mast/Icon Sportswire via Getty Images)

FLASHBACK: SEATTLE SEAHAWKS DRAFT ONE-HANDED LINEBACKER IN THE 5TH ROUND

The brothers played at Central Florida. Shaquill Griffin was selected by the Seahawks in the third round of the 2017 NFL Draft and a year later Shaquem Griffin was taken in the fifth round. Shaquem became the first player in modern football history of play with one hand.

Shaquill Griffin recalled what it was like seeing his brother get drafted.

“It was real emotional,” he said. “I don’t think I cried on my draft day but when it was time for him to get drafted and when he got that phone call and I knew the area code, man it was just so many emotions going around that room. I couldn’t stop crying. I think I probably cried the most in that whole room. … It was just the best thing that could ever happen.”

Shaquem Griffin, who played in all 16 games for the Seahawks during his rookie season, has become an inspiration to many children who are missing limbs. He gave advice to those who may feel out of place.

“Just stay true to yourself,” he said. “Don’t worry about what other people think of you because everybody entitled to their own opinion. Be the best you. Be the best version of yourself. Keep pushing hard when things get even harder. … Your mindset has to be ‘I can do this thing no matter what it takes.’ Just get it done and live your best life.”