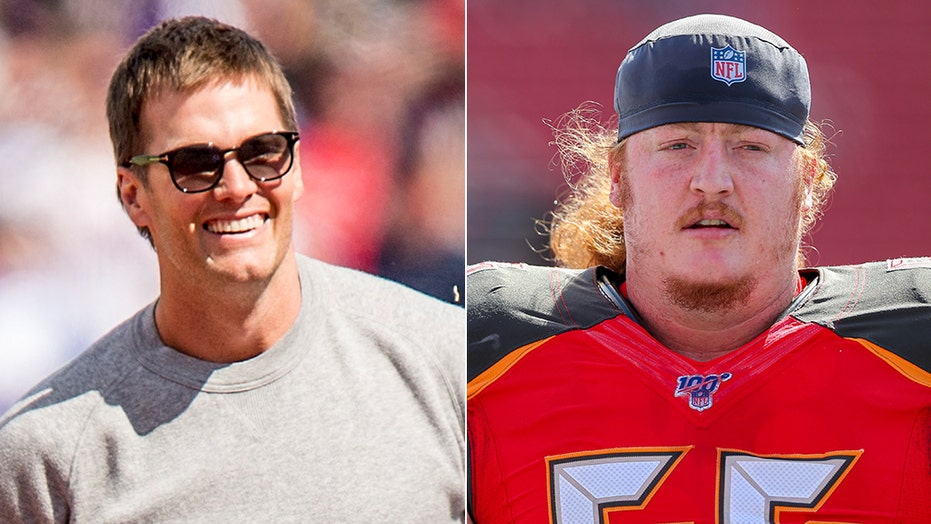 Tom Brady and the Tampa Bay Buccaneers hosted the Carolina Panthers in Week 2 of the NFL season with no fans at Raymond James Stadium, but Hall of Fame quarterback Brett Favre made an appearance wearing a "Tompa Bay" T-shirt with a bag of chips and no mask.

Buccaneers center Ryan Jensen didn’t understand why he was allowed at the game.

“So he can go to the game but my family can’t? Interesting,” Jensen wrote on Twitter in response to a video of Favre at the game.

With Favre in the audience, Brady led the Buccaneers to their first win of the season. He was 23-for-35 with 217 passing yards, a touchdown pass, and an interception against the Panthers.

The Buccaneers defense set the tone for Sunday’s victory, forcing two turnovers within a three-play span of the first quarter after not having any takeaways during the season opener.

Jordan Whitehead’s interception preceded a 10-play, 78-yard touchdown drive Brady fueled with a 50-yard completion to wide receiver Mike Evans and that Carolina extended with a personal foul that gave the Bucs a first down at the Panthers 7.

Ronald Jones ran it in on the next play for a 7-0 lead Brady quickly built to two touchdowns after rookie safety Antoine Winfield Jr. sacked Panthers quarterback Teddy Bridgewater and Jason Pierre-Paul recovered to set up the 43-year-old quarterback’s 23-yard TD pass to Evans on the next play.

Running back Leonard Fournette rushed for 103 yards and two touchdowns. He averaged 8.6 yards per carry on 12 rushing attempts, and Evans finished with seven receptions for 104 yards.