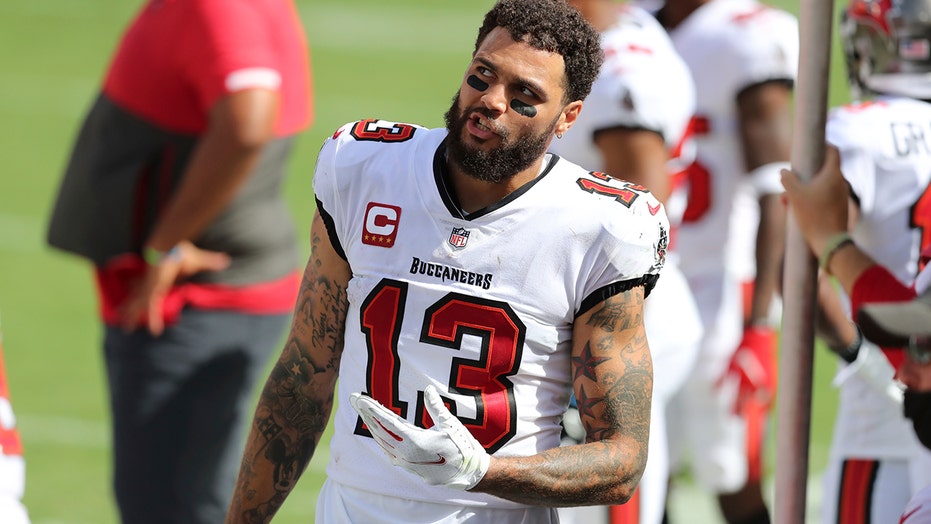 Tampa Bay Buccaneers wide receiver Mike Evans was spotted in a neat T-shirt following a win over the Carolina Panthers on Sunday.

Evans’ message appeared to be clear on the surface: He loves his wife. But it was the fine print that captured everyone’s eyes.

The wide receiver’s shirt read: “I love it when my wife lets me play video games.”

The shirt got fans’ attention on social media.

Evans had a great bounce-back game against the Panthers. He recorded seven catches for 104 yards and had a touchdown catch in the 31-17 victory over Carolina.

Tom Brady was making his Raymond James Stadium debut as a member of the Buccaneers. He finished 23-for-35 with 217 yards, the touchdown pass to Evans and an interception.

“Our execution was a little bit better. I think we're still a long way from where we need to be,” Brady told reporters after the game. “I think if we have the ability to make plays, consistency, dependability are going to be things that we really need. So, we've got to get back to work. Clock's ticking on next week.”