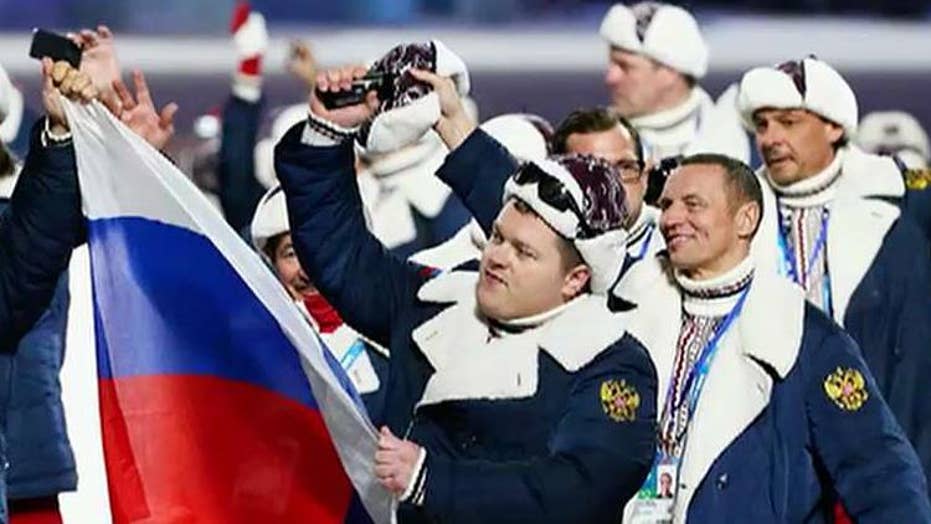 Russia walks back admission of widespread doping of athletes

MOSCOW – None of the Russian athletes recently stripped of their Olympic titles for doping have returned their medals, the country's Olympic committee said Thursday.

Russia has had 18 medalists disqualified in doping cases from Olympic retesting from the 2008 and 2012 Games. Ten more Russians are also obliged to return medals they won as part of relay teams containing dopers.

Russian Olympic Committee president Alexander Zhukov said his organization, which would typically handle medal transfers, hasn't received any, saying it was "not an easy process."

"So far, we don't have any reports of (medals being returned)," Zhukov said.

Some Russian athletes have said they want to keep their medals while they prepare an appeal, but others have refused to give them up.

Usain Bolt, meanwhile, said he gave up his 4x100-meter relay gold from the 2008 Beijing Olympics as soon as teammate Nesta Carter was disqualified last week.

One Russian runner has claimed the government told him he could keep his medal. Maxim Dyldin, a member of the bronze-medal winning Russian team disqualified in the 4x400 relay at the 2008 Games, said in an interview with a local newspaper last month that "our ministry didn't agree with the decision and told us to keep the medals."

"I've got the medal at home," Dyldin added. "Let them try to take it."

Dyldin and the Russian Sports Ministry refused to comment when contacted by The Associated Press.

Russia's slow response could strain relations with the International Olympic Committee at a time when the country is already under pressure over widespread doping and accusations that drug-test samples were routinely swapped to cover up doping, including at the 2014 Winter Olympics in Sochi.

The current retesting program has largely focused on steroids, the area where testing techniques have seen the biggest leaps since 2008. That has allowed the IOC to catch dozens of cheats in strength and speed-based events like track, weightlifting and wrestling.

Kazakhstan, which has had eight medalists disqualified, said it will hand back two gold medals to the IOC on Thursday. They were won by weightlifter Ilya Ilyin, perhaps the country's biggest sports star, who tested positive for steroids in retests of his 2008 and 2012 samples.

That follows earlier defiance by some Kazakh athletes, but the Central Asian country's Olympic committee said it has convinced them otherwise.

"The whole situation for all the athletes who (are) obliged to return medals is not an easy one," spokeswoman Zhuldyz Baimagambet told the AP in an email. "Some of them overreacted at the beginning, but they are ready to do it now and (the) process is ongoing."

If athletes don't return the medals voluntarily, it's unclear what steps the IOC could take to force them. Any legal proceedings could be time-consuming, taking in multiple jurisdictions as well as the Switzerland-based Court of Arbitration for Sport.

Further complicating the issue, many of the athletes are retired and wouldn't be affected by sports sanctions. In the years which have passed since the 2008 Olympics, medals also may have been lost or sold.

National Olympic committees are responsible for ensuring medals are given back, but there's little precedent for punishing them if they don't comply.

The IOC keeps some extra medals in reserve from past Olympics for such cases, but it's not clear whether it has enough to cover the shortfall if dopers don't return theirs.

The IOC didn't respond to a request about how many spare medals it keeps, or what sanctions it could implement on those who keep medals despite a disqualification.