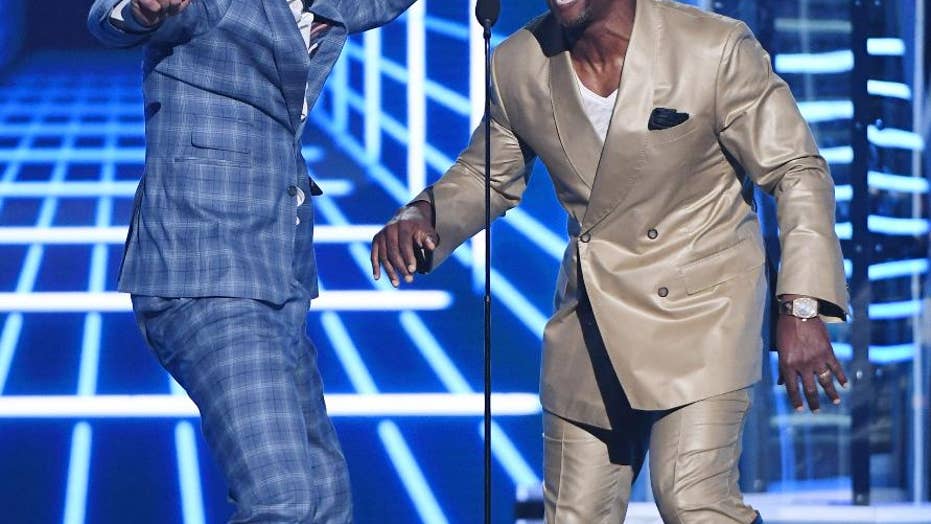 Rob Gronkowski appears to be pulling a Jedi mind trick on himself.

The recently retired tight end was at the Billboard Music Awards on Wednesday when he was asked whether he was actually retired.

“I've got that question many times,” Gronkowski told red carpet hosts Sofia Reyes and Jaymes Vaughan. “I mess with people, I say 'fake retired' to half the people, I say I'm coming back next week, but yes, I'm actually retired. But I like to mess around, sometimes tell people I'm really not.”

Gronkowski went on to say that all of his joking around might change his mind about football.

“You never know, if you mess around that much about it, I might convince myself [to come back],” he said. “I kind of like [retirement] right now, I'm resting, recovering, I'm feeling good. It's all going good.”

The former New England Patriots star made his presence felt at the award show. He arrived with his girlfriend Camille Kostek and even played a security guard for one skit.

He announced his retirement after the Patriots defeated the Los Angeles Rams in Super Bowl 53. The four-time All-Pro is widely considered to be one of the greatest tight ends in NFL history.