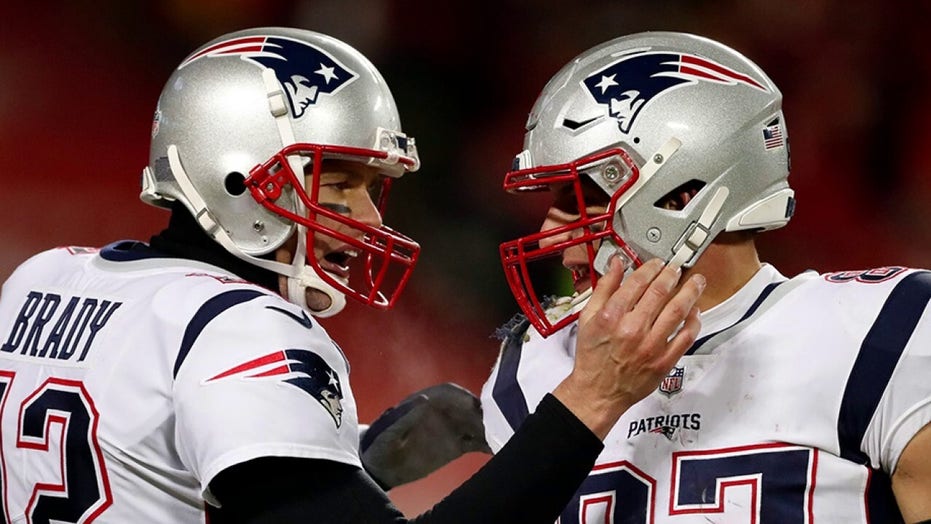 Rob Gronkowski clarified a controversial comment he made about receiving the Tampa Bay Buccaneers' playbook weeks before he was traded to the team.

Gronkowski made the initial comment during an NFL Draft after-party as ESPN anchor Sage Steele talked about how Joe Burrow was working with the Cincinnati Bengals’ playbook before the team officially took him No. 1 overall. Gronkowski had interrupted Steele to make his remark.

“I was in the Tampa Bay Buccaneers' playbook four weeks ago, and I wasn't even on the team,” he said.

On Wednesday night, Gronkowski addressed the issue in a statement on Twitter saying he had made the remark in jest.

“This is seriously a story? Lol! I was just joking around with Sage as I was pretty much the whole time that night when I was co-hosting the show. Wowsers, my co-hosting skills on point!! Lol! I actually just received my team-issued Surface today from the Bucs and it’s still in the package, and hoping it is all pictures and drawings. I’m pumped to open it one day hopefully soon and follow the arrows to learn where to run to. Gronk run. Gronk catch ball. No playbook needed. Hehe.”

The Buccaneers acquired Gronkowski from the New England Patriots in a trade last week. Gronkowski had spent his entire career with the Patriots and won three Super Bowls with the team before the trade.