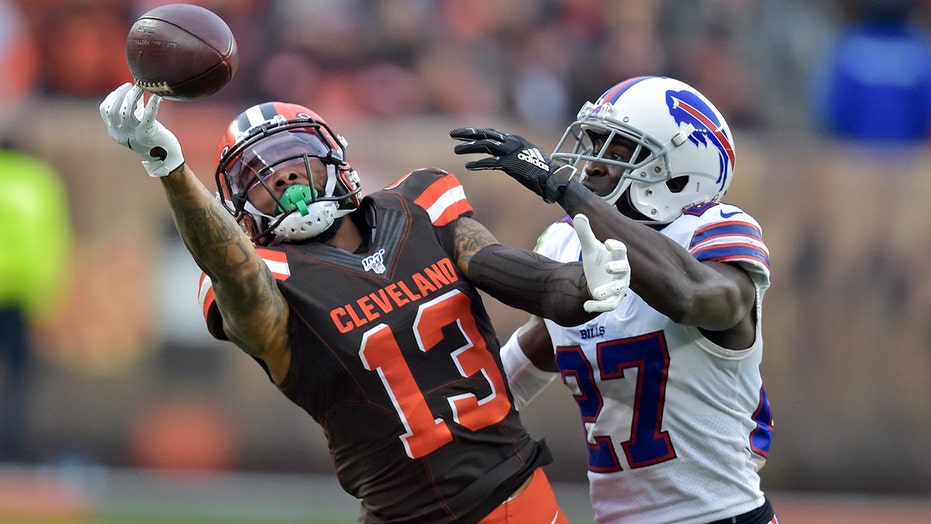 Browns' first-year general manager Andrew Berry shut down the idea that the team is interested in trading the Pro Bowl wideout during an appearance on the NFL Network’s “Good Morning Football” on Wednesday.

"With all due respect to the question, I think this is actually a topic, at least from our perspective, [where] there really hasn't been a ton of ambiguity,” Berry said. “We've been clear from the beginning that we view Odell as a fantastic player. We're a better team with him on the field. We see him as a long-term member of the organization. We really like how he's acclimated and adjusted with the new staff. So the rumors, that's not something that we can control, but we're happy to have him as a part of our organization."

After being drafted by the New York Giants with the 12th overall pick in the 2014 NFL Draft, Beckham Jr. was traded to the Browns last offseason after spending five seasons with the Giants. Trade rumors swirled around Beckham Jr. during the season when Fox Sports NFL Insider Jay Glazer reported that Beckham Jr. was telling other teams to “come get me.”

In his first season with the Browns, Beckham Jr. finished with 74 receptions for 1,035 yards and four touchdowns, which were all career lows when playing 12 or more games in a season. In 2017, Beckham Jr. played in only four games before suffering a season-ending ankle injury.

The Browns ended up being one of the biggest disappointments last season, despite expectations being through the roof. With quarterback Baker Mayfield, running backs Nick Chubb and Kareem Hunt, and wide receivers Jarvis Landry and Beckham, the Browns finished with a 6-10 record, and missed the playoffs for a 17th-straight year.

However, after another promising offseason, the Browns are expected to bounce back in a positive way in 2020. The offensive core will return with the additions of tight end Austin Hooper and offensive tackle Jack Conklin, who were both signed earlier in the offseason. With the No. 10 pick in the 2020 NFL Draft, Cleveland selected Alabama offensive tackle Jedrick Wills, and he will undoubtedly play a crucial role on the offensive line for the Browns.

Cleveland is looking to make its mark on the NFL in 2020 and, according to Berry, it will be with their superstar wide receiver.