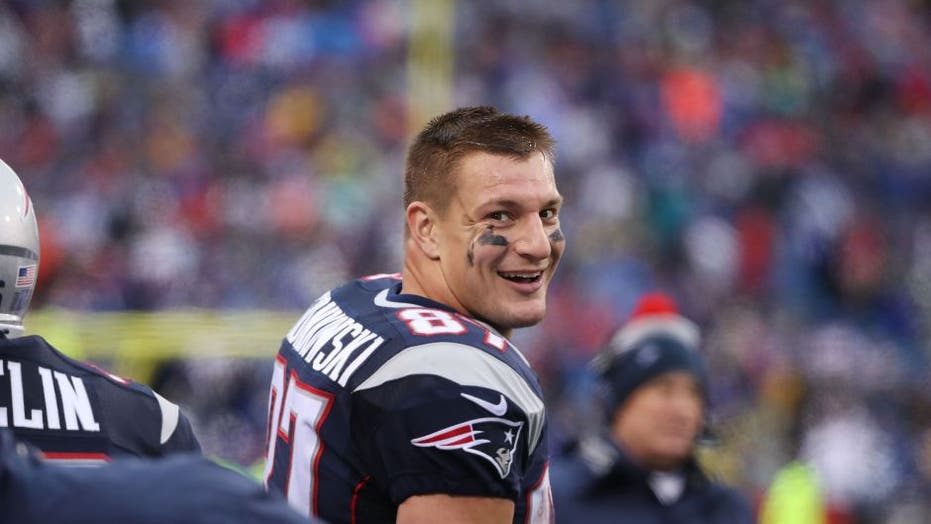 Rob Gronkowski was a retired NFL tight end who last played and won a Super Bowl with the New England Patriots, but a recent report has him returning to the league to play with a familiar face.

Gronkowski spent nine seasons with the Patriots. He became one of the most prolific tight ends in that span, winning three Super Bowls, earning five Pro Bowl selections and four All-Pro selections.

He retired after the Patriots defeated the Los Angeles Rams in Super Bowl LIII.

Gronkowski had become a CBD advocate, a WWE wrestler and made appearances on FOX Sports before deciding he wanted to come back and play in the NFL.

Here are five other things to know about Gronkowski.

1). HE ONLY WANTS TO PLAY WITH TOM BRADY

It has been noted several times that Gronkowski only wants to play with Tom Brady. Should he pass his physical, he will have that chance once again. According to ESPN, the Patriots had planned to trade Gronkowski to the Detroit Lions two years ago but he told the team he would retire over playing with any other quarterback. He could have at least one more year with the greatest quarterback of all time.

Gronkowski has had his share of touchdown passes from Brady. (Photo by Jonathan Daniel/Getty Images)

While Brady will have plenty of dynamic targets to throw to in Tampa Bay, it is clear that Gronkowski is his favorite. Brady has 541 touchdown passes throughout his entire career. He has thrown 78 of them to Gronkowski, the most out of any of the receivers and running backs he’s played with.

3). HIS PLACE IN HISTORY

Gronk is among the greatest tight ends in history. (Photo by Maddie Meyer/Getty Images)

Gronkowski retired in some good company. In 115 games played, he has caught 79 career touchdown passes. He sits third all-time behind Tony Gonzalez and Antonio Gates for most by a tight end. Depending on how long he is in Tampa Bay, if at all, he could be breaking the 100-touchdown mark with Brady in Florida.

Gronkowski was a CBD spokesman right after he retired. (Jeff Hanisch-USA TODAY Sports)

After he retired, Gronkowski became the spokesman for Abacus Heath’s CBDMedic brand. The big tight end will no longer face suspension for CBD or marijuana use. The new NFL collective bargaining agreement stated that positive marijuana tests could result in fines. The new agreement may have played a bigger role than Brady moving to Tampa Bay.

Gronkowski has opened up about his injuries in the past. (Photo by Tom Szczerbowski/Getty Images)

Upon his retirement from the NFL, Gronkowski started to open up a bit about the injuries he sustained as a player, and they were as gruesome as you could imagine.

According to Mass Live, Gronkowski suffered a quad injury in the Super Bowl against the Rams that allowed him only 20 minutes of sleep at a time and sent him several times to the hospital.

Gronkowski told NBC News that he had a “centimeter of liquid” in his head at points during his career.

“No lie, I felt my head, I used to have liquid,” the former tight end said. “It used to be thick, like, my head used to be thicker—a centimeter of liquid in some spots. And you'd be like, what the heck? You could put indents in my head.”

Gronkowski also noted that he experienced some “mood swings,” which he said was caused by potential brain injuries he suffered playing football.

He also told CBS News he suffered “probably, like, 20 concussions” in his life -- with five of those being “blackout ones” while he was playing football.