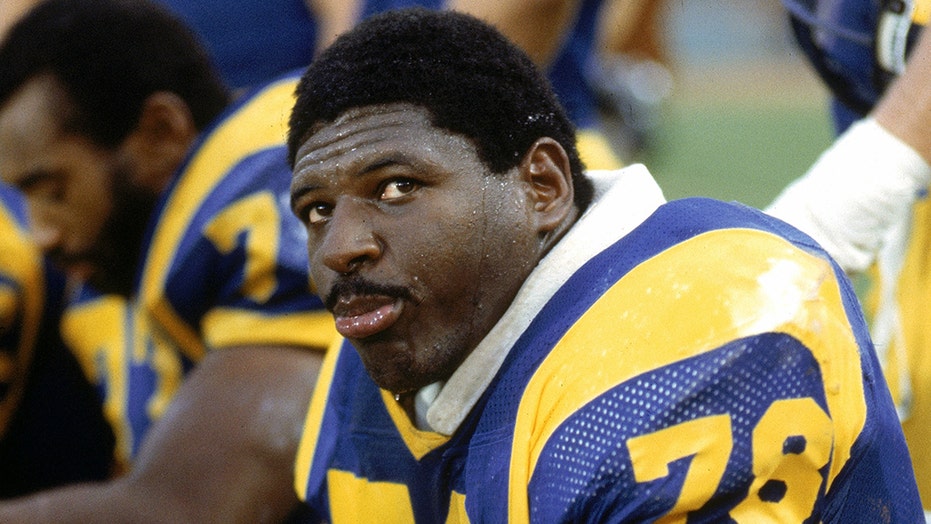 When Hall of Famer Jackie Slater was taken in the 1976 NFL Draft, things were different.

Slater was one of three players who went to Jackson State University -- which probably had a total enrollment of fewer than 4,000 people at the time -- who made it to the Pro Football Hall of Fame. In the 1975 draft, the other two players -- Walter Payton, drafted with the fourth overall pick, and recently selected Hall of Famer Robert Brazile, the sixth pick -- were selected.

“Things are totally different now,” Slater, who spent his entire career with the Los Angeles Rams, told Fox News on Thursday. “As I recall, there was no NFL Combine. There were very, very few pro days, and as I watched men leave Jackson State University, the things that I noticed is that during the spring was when scouts would converge to our university and watch the spring practices, and whatever footage I’m assuming that they got our team to send them, that’s the footage that I watched."

“I found out when I got to the Los Angeles Rams, they only had one representative to see me play a live game, and that was when we came out to Nevada to play a football game,” Slater explained. “That was the only time they saw me live. The film was available to them, but I think a lot of the recruiting when I came out was done in the spring with scouts showing up if they heard there were some black guys at these universities that had an opportunity. And I say that because you have to remember that years ago, many of the guys that are going to the SEC and PAC-12 and all of these big football conferences around the country, they weren’t going there because they weren’t being recruited there. So, we just weren’t being recruited. We went where we could, and the HBCUs [Historically Black Colleges and Universities] were providing those opportunities. It was a totally different world, and I’m amazed at how far things have come, and how many changes there are now, relative to getting drafted.”

Offensive tackle Jackie Slater #78 of the Los Angeles Rams sits on the bench during a football game at Anaheim Stadium in Anaheim, California. Slater played for the Rams from 1976-95. (Photo by Andrew D. Bernstein/Getty Images)

Slater recalled scouts going to their practices, and there were very few times in four years at Jackson State that he didn’t go out and practice football without pads on. Slater said they had tons of hitting and conditioning drills, and he said it was a really “barbaric environment.”

“It was very, very tough,” he said. “I don’t know if that went on everywhere else, but I saw more white faces, if you will, and most of them were scouts, during the time we were practicing in the spring than I ever did when I was living on campus at Jackson State. Spring practices were huge, as well as the spring game.”

Slater didn’t think he would get drafted by the team that he called home for 20 years.

“I never even thought about the Rams,” Slater said. “Being in Jackson, Mississippi, going to the Dallas Cowboys would have been marvelous, going to the New Orleans Saints or Atlanta Falcons would have been good. That’s what I was thinking. If anybody was watching me, it’s probably these teams down south here."

JACKIE SLATER, PRO FOOTBALL HALL OF FAMER, ON HOW CORONAVIRUS HAS CHANGED HIS DAILY ROUTINE

“And I got drafted by the Rams, and I was absolutely shocked and quite disappointed, to be honest,” Slater said. “Because the day that I landed after playing the college All-Star Game in Illinois, when the college all-stars played against the defending Super Bowl champions, well I played in that last game. After playing in that game, the very next day, I flew to Los Angeles, and I was in a car on my way to Cal-State Fullerton for my first reporting to camp, and that was two weeks after everyone else had reported. A janitor took a high-powered rifle, and he went into the basement and he murdered seven people, and it came across the radio as I was on my way out there. And I remember thinking, ‘Lord, why are you bringing me out here to California with all this stuff going on?’ And it was quite frankly a little disappointing."

Hall of Famer Jackie Slater and his wife on the Red Carpet at the 2017 NFL Honors on February 04, 2017, at the Wortham Theater Center in Houston, Texas. (Photo by Rich Graessle/Icon Sportswire via Getty Images)

“It took me some time to grow into enjoying myself in California,” Slater added. “And the biggest thing that helped me was the fact that I found out at that all-star game, that the Rams were interested in the content of my character, and the way that my football personality spoke on the field. I came from an environment where a big, physical guy was expected to be that way, and I knew how to do that better than anybody else in the country.”

Slater, a third-round pick of the Los Angeles Rams, was selected to seven Pro Bowls and broke a record for most seasons with one team. His No. 78 jersey was retired, and he was inducted to the Pro Football Hall of Fame in 2001.

“It means a great deal,” Slater said on spending his entire career with the Rams. “But it also speaks volumes to the partnership that I had with the organization. I was never a guy who had a whole lot to say. I was a guy who would rather show you what I was all about, as opposed to telling you. The way that I practiced, the way that I conducted myself in meetings, the way that I conducted myself with younger football players, with older football players, and when I came I was very respectful of the people for what they accomplished. And I treated everybody in the organization as if they were the most important person. I was always willing to be second."

“So, when you have the type of work ethic that I had, and you treat people like they are valuable, I found out in my case that it was inevitable that I just continued to play,” Slater added. “I was playing at a high level, I was training well, and I didn’t have the injuries that slowed me down or hurt me that bad. It was a unique partnership, the quality of the individuals that were interacting with me were top-notch, and I felt they made me important. And I appreciated that. I was allowed to stay in Los Angeles, and I was appreciated as I did it because of our unique relationship.”