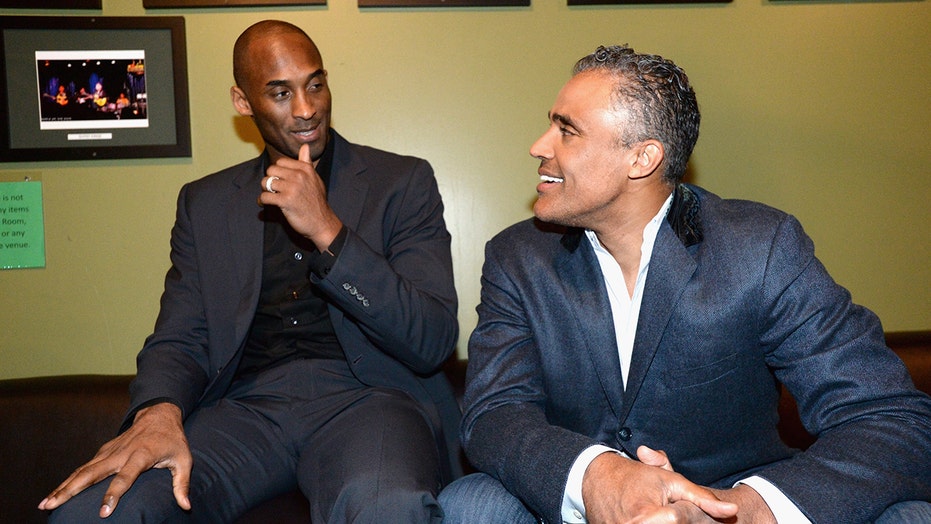 Former Los Angeles Lakers star Rick Fox discussed the rumors that he was on the doomed helicopter that crashed in California on Sunday, killing nine people on board, including Kobe Bryant and his 13-year-old daughter Gianna.

Fox was rumored to have been on the helicopter, which crashed on a mountainside in Calabasas. He appeared on “NBA on TNT’s” special about Bryant on Tuesday and talked about how the rumors affected his family.

"My family went through, in the midst of all this, something that I couldn’t imagine them experiencing," he said.

Fox said his daughter had told him that one of her worst fears was learning about a parent’s death through social media.

He said, “She, fortunately, called me and we were just talking and crying about the news of Kobe.”

SHAQ TEARFULLY REACTS TO KOBE BRYANT'S PASSING: 'IT'S GONNA BE HARD FOR ME'

The ex-NBA star said someone told his friend, King Rice, that Fox may have been on the plane.

“I’m seeing King’s number repeatedly going and going and going, and I think he’s worried about me, so I said, ‘I’m gonna talk to my best friend,’ so I answered and said, ‘Hey man, this is crazy about Kobe,’ and he just was bawling,” Fox said.

“And I started crying. And he was like, ‘You’re alive!’ And I was like, ‘Well, yeah. Like what do you mean?’ And it was in that moment that my phone just started going, and my mom and my sister and my brother... This has been a lot to process for all of us," he said. "I’m glad that’s over with, but it was hard to deal with because it shook a lot of people in my life.”