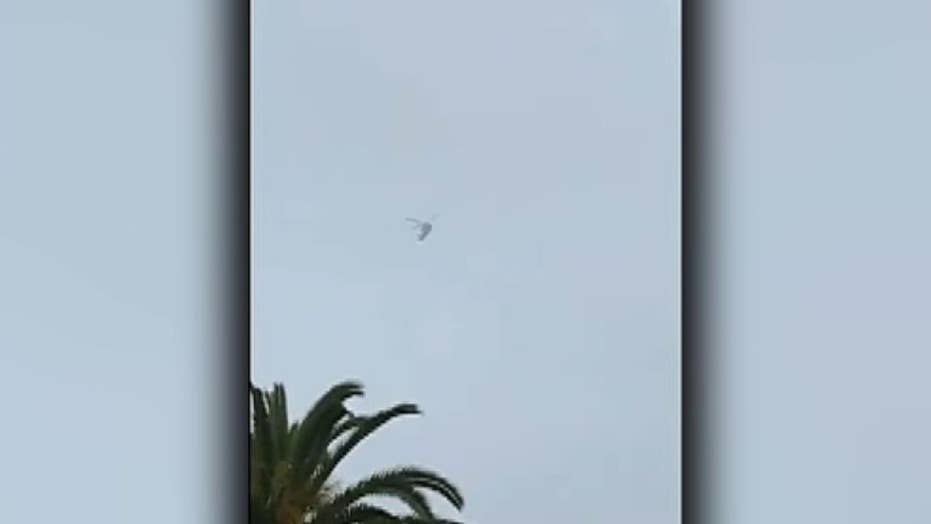 John Altobelli’s team knew there was only one way to honor its late coach — by playing on his favorite day.

Altobelli’s Orange Coast College baseball team opened its season as scheduled on Tuesday against Chula Vista Southwestern. The game occurred two days after Altobelli, his wife and their 13-year-old daughter were killed in the helicopter crash that also took the life of Kobe Bryant and five others.

“They didn’t so much ask me. They told me,” athletic director Jason Kehler said about the team's decision to play.

The game at Wendell Pickens Field was a celebration of Altobelli’s life and the 27 years he devoted to his program. More than 2,000 people were on hand on a sunny day at a field that seats 500. Fans were lined up and down the first- and third-base lines.

Altobelli’s son J.J., a scout with the Boston Red Sox, and his 16-year old daughter Lexi watched from an area reserved for family along the first-base line near the Pirates dugout.

After the game — which Southwestern was leading 7-6 when it was called due to darkness in the ninth inning — the team lined up to hug J.J. and Lexi.

“I went down and hugged Lexi probably every single inning because she needs it,” interim manager Nate Johnson said. “I told the team they need us.”

Altobelli, his wife, Keri, and their daughter Alyssa were among the eight passengers killed along with the pilot Sunday morning when the helicopter chartered by Bryant plowed into a cloud-covered hillside in Calabasas.

The Altobellis, Bryant and his 13-year-old daughter Gianna, who was also killed in the crash, were on their way to a youth basketball tournament in which Alyssa and Gianna were to play.

There was a banner with Altobelli’s uniform number, 14, on the left-field fence as well as flowers and cards honoring the family on a wall behind home plate. Many fans were wearing No. 14 T-shirts that read “Forever A Pirate.”

“This is a fraction of the impact that John had. Today speaks to that,” Kehler said. “We couldn’t ask for more than this. We want to make sure that John and his family get the recognition they deserve. He deserves to have his story be told.”

Kehler, Johnson and Altobelli's brother Tony spoke during a pregame ceremony. Johnson paused a couple times as he reflected on his former boss and his family.

“They made everyone feel like an Altobelli or a Pirate. That’s why so many people are wearing 14 today,” Johnson said. “I know if (Keri) were here she would be judging me on everything I’d be doing. (Keri) really ran this team."

”If you heard Alyssa laugh she would make you laugh. She lit up any room she went into. John loved his family and was so proud of his team. We’re going to do our best to honor him in everything we do moving forward.”

Johnson said Alyssa's goal was to attend Oregon, because her favorite basketball player was Sabrina Ionescu. J.J. attended Oregon after playing for his father at Orange Coast.

Tony Altobelli — who is also Orange Coast College's sports information director — said his younger brother's death was emotional for everyone, including umpires.

“It was touching. The only thing that could come to my mind is could you imagine my brother making an umpire cry? I know he would have loved it,” Altobelli said.

Despite dealing with his own grief, Altobelli announced the game and carried on his usual duties.

“In days like this I wasn't John's brother, I was the SID at Orange Coast College doing something for my brother. That was the only way I could get through today,” he said.

John Altobelli, 56, won more than 700 games at Orange Coast. The American Baseball Coaches Association named him its coach of the year last year after he guided the Pirates to their fourth state title.

He also managed the Brewster Whitecaps for three seasons in the Cape Cod Summer League. Among the players he coached there were New York Yankees slugger Aaron Judge and New York Mets infielder Jeff McNeil.

McNeil told ESPN that Altobelli took a chance on him and credits him with being drafted.

Yankees pitcher Gerrit Cole, who lives in Newport Beach, attended the game and watched from the Orange Coast dugout for an inning.

Johnson said his team was trying too hard early. The Pirates committed three errors the first five innings and fell behind 7-1 in the sixth. They scored four times in the sixth and added a run in the seventh.

“It was a good day. It stinks that we didn't finish it,” Johnson said. "It still doesn't feel real to me. When I was making in-game decisions, I kept a seat open. You're making decisions that the man who mentored you made the last seven seasons.

“Today, this team ran themselves. I put the guys out there that I thought Alto would want to see and I felt like were playing with emotion for him.”