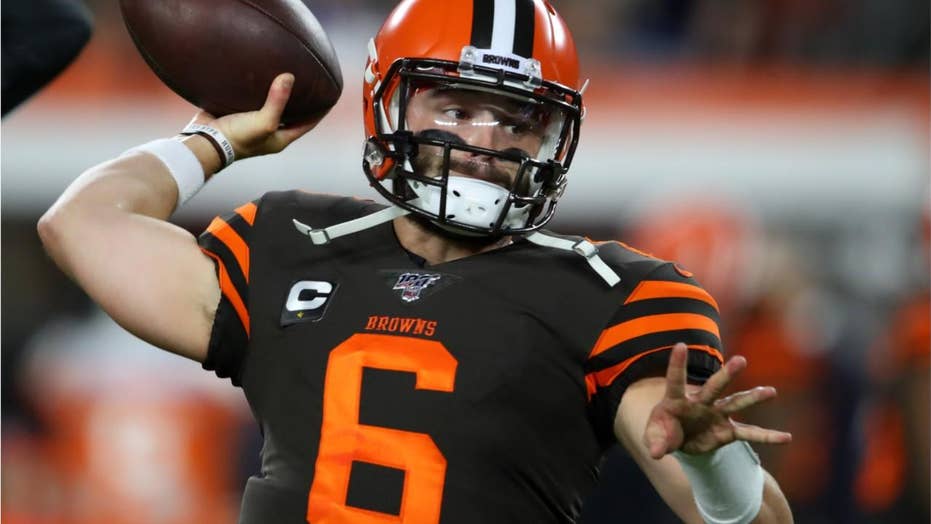 Ryan, who was the head coach of the New York Jets and Buffalo Bills, took a shot at Mayfield over the quarterback’s performance against the Los Angeles Rams. Ryan called Mayfield “overrated as hell.”

“I don't get it. I'd love to be an offensive coordinator here,” Ryan said on ESPN’s “Get Up.” “If I have Odell Beckham, Jarvis Landry, Nick Chubb and there's Baker Mayfield -- yeah, I know he's overrated as hell.

Ryan added: “Look, I bought into the dang hype. I'm like, 'Oh, yeah' -- not to the point where everyone's saying he's going to be the league MVP. What's he doing right? Here's a guy right now that's a one-read guy, and then he's going to improvise. He's gotta realize that you are one of the slowest guys on that field when you take off with it. The other thing, the ball's not coming out in rhythm. You're staring down guys, and you're not that accurate down the field.”

Mayfield was asked about Ryan’s comments during a press conference on Wednesday.

“It’s whatever,” Mayfield said. “In the wise words of Freddie Kitchens, if you don't wear orange and brown, you don't matter, and Rex Ryan doesn't have any colors right now for a reason. So, it's OK.”

DANIEL JONES IS DUAL-THREAT DANNY FOR THE GIANTS

Kitchens, head coach of the Browns, also defended Mayfield, calling Ryan’s comments “asinine to even say," according to the Cleveland Plain-Dealer.

“I appreciate his opinion and all that, but he's not in our building, he has no idea what we're doing,” he said.

Mayfield, the top selection of the 2018 NFL Draft, has taken the brunt of criticism as the Browns have gotten off to a 1-2 start.

Cleveland was blown out against the Tennessee Titans in the first week of the season. The Browns’ lone win came against the undermanned New York Jets.

In those three games, Mayfield has 805 passing yards, three touchdowns, five interceptions and a 56.9 completion percentage.

The Browns will attempt to right the ship against the Baltimore Ravens on Sunday.