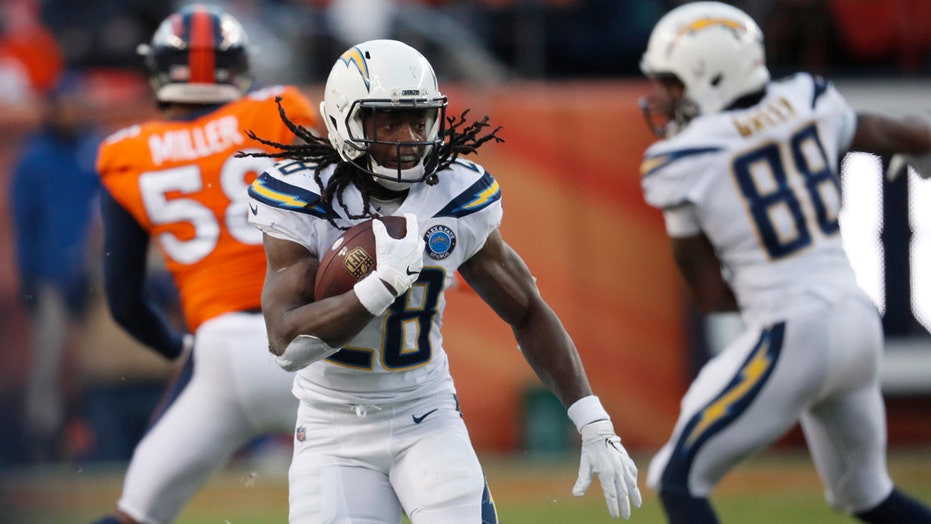 Los Angeles Chargers running back Melvin Gordon is set to end his holdout and report to the team Thursday — but the power play appears to have come with a significant cost.

Gordon, slated to make $5.6 million on the fifth-year option of his rookie contract, had been looking for a new deal and had been absent since the start of training camp. He is not expected to play Sunday when the Chargers take on the Miami Dolphins.

But at least he'll stop accumulating fines and start earning a paycheck: ESPN reported the running back received $1.2 million worth of fines and lost out on at least $989,118 in base salary for missing the first three games of the season.

He will still earn $4,615,882 from his base salary for the rest of the season — should he remain with the Chargers.

Gordon was seeking a contract extension in the offseason and reportedly was hoping to earn somewhere between $13 million to $14.4 million annually, according to the Associated Press. Gordon, however, was offered around $10 million per year, according to reports.

Chargers general manager Tom Telesco suspended contract talks with Gordon and his agents until after the season.

In 12 games last season, Gordon rushed for 885 yards and 10 touchdowns.

The offense has barely missed a beat without Gordon in the backfield. Austin Eckeler leads AFC running backs in yards from scrimmage and Justin Jackson has averaged 7.9 yards per carry.