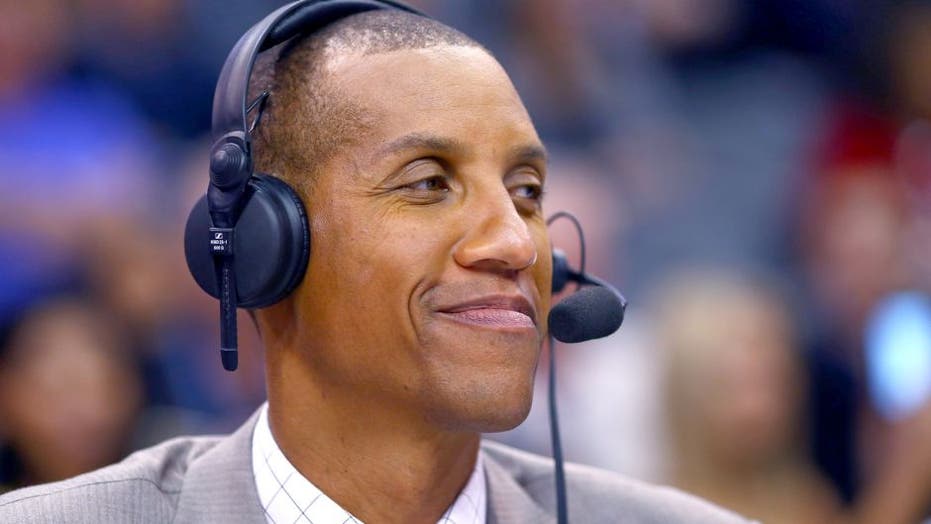 The 15-year anniversary of the "Malice at the Palace" was Tuesday and Basketball Hall of Famer Reggie Miller recalled the moments leading up to the infamous 2004 brawl in the stands and the fallout that ensued.

The Indiana Pacers great said in an interview on “The Dan Patrick Show” that he thought he had cooled off Ron Artest (now known as Metta World Peace), who was laying on his back on the scorer’s table. He then saw a cup fly from the stands at the Palace of Auburn Hills – then the home of the Detroit Pistons.

“I can remember seeing that red cup out of the corner of my eye … and hitting Ron on the chest, and it was like seeing the Incredible Hulk,” he said. “I don’t even think he knew who threw it, he just went in the vicinity of the cup.”

The chaos ensued after Artest fouled Pistons center Ben Wallace toward the end of their game. Wallace shoved Artest in the process. After the cup landed on Artest, he and Stephen Jackson began fighting fans in the stands, which led to an even bigger mess on the court.

Miller said it was “still surreal having been there.”

REPORTER SAYS CHARLES BARKLEY TOLD HER, 'I DON’T HIT WOMEN BUT IF I DID I WOULD HIT YOU'

During their next visit to the arena in 2005, Miller said the team was forced to wait on the bus for about two hours because of several bomb threats.

“When we played them again and had to come to the Palace, that’s when the issues of safety [arose], because people were calling in bomb threats,” he said.

“There were supposed to be hitmen and assassins, it was, like, crazy. We had to stay on the bus – I’m not kidding you – two hours, we couldn’t even go into the Palace the next time we came to play the Pistons because there were so many bomb scares. The police presence was unbelievable.”

The Malice at the Palace resulted in several suspensions. Artest was suspended a total of 86 games total between regular-season and playoff games, Stephen Jackson got 30 games, Jermaine O’Neal received 15 games, Wallace got six games, Anthony Johnson got five games and Chauncey Billups, Derrick Coleman, and Elden Campbell got one game each.