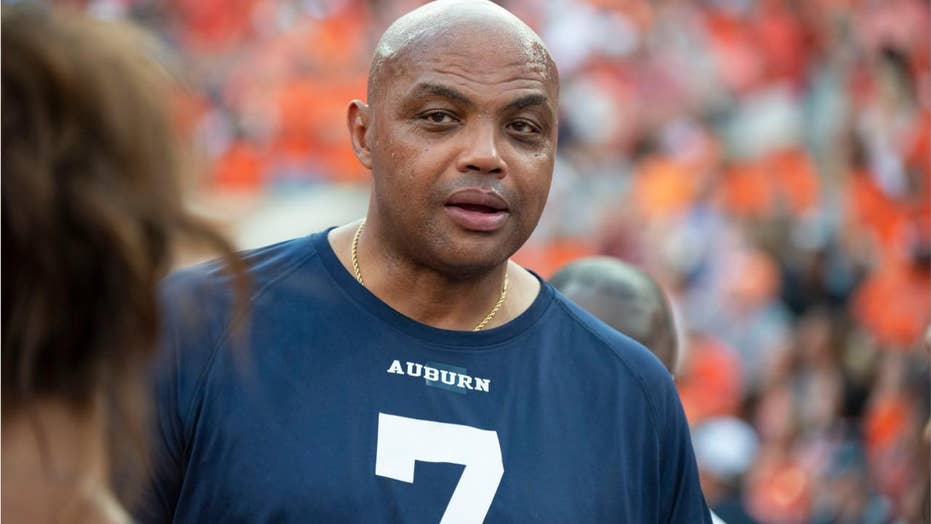 Axios reporter Alexi McCammond was asking Charels Barkley questions about the 2020 presidential race when he made an off the cuff remark. McCammond says the basketball hall of famer told her “I don’t hit women but if I did I would hit you.” The remark was made after she asked for clarification over which Democratic presidential candidate he supports ahead of the 2020 race.

Charles Barkley received backlash late Tuesday after an Axios reporter posted on Twitter that the NBA Hall of Famer told her, “I don’t hit women but if I did I would hit you.”

Alexi McCammond said Barkley made the remark after she asked for clarification over which Democratic presidential candidate he supports ahead of the 2020 race.  The reporter said Barkley made the comment while speaking off the record. She said she published the tweet despite their agreement.

“Just FYI Charles Barkley told me tonight “I don’t hit women but if I did I would hit you,” and then when I objected to that he told me I “couldn’t take a joke,”” McCammond wrote on Twitter late Tuesday.

McCammond said Barkley was talking about how he supported former two-term Massachusetts Gov. Deval Patrick for president. She said Barkley reversed his stance and said, as he was approached by a member of Pete Buttigieg’s campaign, that he was in favor of the South Bend mayor. McCammond said Barkley made the remark about hitting women after she pointed out his change of heart.

“There are almost no times I will beak [sic] an OTR “agreement” but this is not OK,” McCammond continued on Twitter. She said everyone should be held accountable for remarks that help perpetuate violence against women.

“I hate being part of a story so here’s a reminder that this is so much bigger than me: nearly 20 people per minute are physically abused by an intimate partner in the US. 1 in 4 women and 1 in 9 men experience severe intimate partner physical violence,” she wrote, citing statistics from the National Coalition Against Domestic Violence.

“It’s not about me or my feelings — tho I’m grateful for the many friends who have reached out. But it’s about refusing to allow this culture to perpetuate because of silence on these issues. It’s easier and less awkward to be silent, but that helps NO ONE but the perpetrator,” she continued.

Barkley's agent did not immediately respond to an after-hours email from Fox News. It was unclear where the alleged exchange took place.

Several Twitter users voiced their support for McCammond.  A few users said they’d need to hear more proof before they decided to “cancel” Barkley.  Other users said they were not surprised by the claim, citing past reported comments that were criticized.

“Not his first comment in that vein either,” user Daniel Kelly also said, citing a 1990 story in the Los Angeles Times.  According to the decades-old story, Barkley, who was the star forward of the Philadelphia 76ers at the time, apologized after receiving backlash from battered women’s groups for post-game comments that some said made light of domestic abuse.

“This is a game that if you lose, you go home and beat your wife and kids,” Barkley told reporters. “Did you see my wife jumping up and down at the end of the game? That’s because she knew I wasn’t going to beat her.”