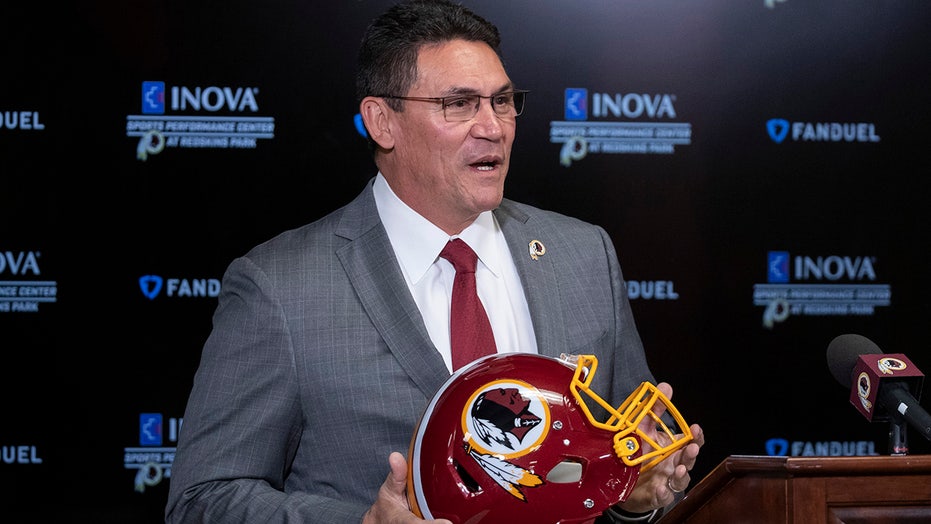 'This is set up perfect for Joe Burrow,' says Brett Farve discussing tonight's NFL draft, concussions and the day he was drafted in 1991

Washington Redskins coach Ron Rivera is hoping his first draft with his new team goes swimmingly, and he already tapped his family to help him out on Thursday night.

Rivera’s wife Stephanie and his daughter Courtney, along with their dogs, all have a role to play. Courtney works in the Redskins’ social media department and put together a video for USAA showing off the coach’s draft setup. Rivera’s wife is making sure he stays fed with a helping of pancakes.

On Thursday, Stephanie and Courtney will help coach by crossing off names who come off the board as they are drafted. Stephanie is also an emergency contact for the NFL, according to ESPN.

“It's teamwork, just like in the military,” Rivera said. “Everyone in the house will be doing something.”

As for the dogs, Rivera said they’ll be used for “comfort support.”

Washington has the No. 2 pick in the draft and is expected to take Ohio State defensive end Chase Young. However, there has been at least one other team reportedly gunning for their pick.

According to FOX Sports, the Atlanta Falcons made an “aggressive” pursuit of the Redskins’ pick. ESPN reported that one team laid out a “complete deal.” It doesn’t appear the Redskins are going to budge.

Nonetheless, Rivera told ESPN he’s ready for anything and is taking what he learned from his father Eugenio, who was a U.S. Army engineer.

“He was always prepared to do something the regular soldier couldn't as an engineer,” he said. “The biggest thing growing up on Army bases is when you're going to school at 7:30 in the morning and you see troops in formation or marching to firing ranges, there's a discipline -- and that's a discipline you need.

“You have to be prepared and ready to handle all situations, circumstances. You truly get an opportunity to watch the teamwork.”