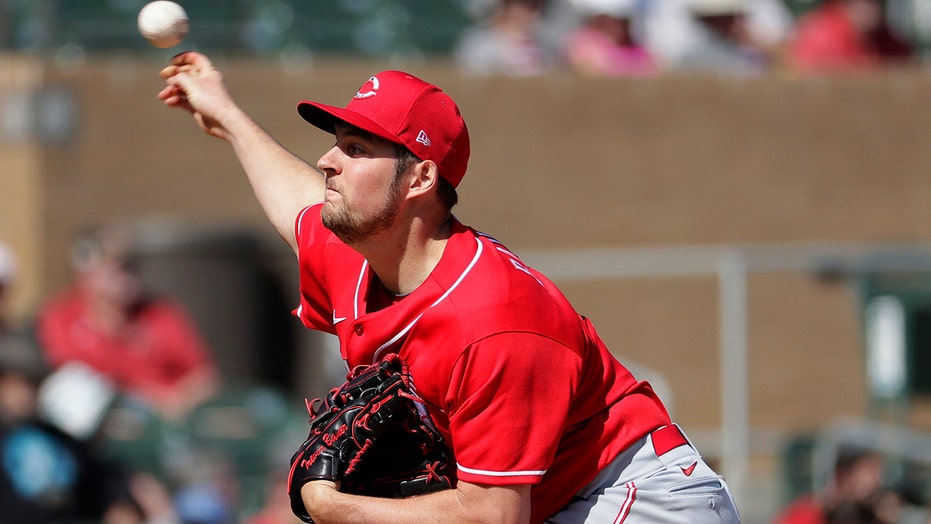 Trevor Bauer thinks his decision to tip pitches for a Los Angeles Dodgers batter during a spring training game and the resulting attention are good for baseball.

The Cincinnati Reds' outspoken starter signaled pitches to the Dodgers' Matt Beaty during a game on Monday. Bauer flicked his glove toward the catcher before each pitch — a sign a fastball was coming — and Beaty eventually lined out to center field.

Bauer told reporters on Wednesday he was just having fun, and the pitch tipping wasn't intended to help the team that lost to the Astros in the World Series.

“It wasn't team-specific,” Bauer said. “I did it a couple times last season in games. There are a lot of interesting outcomes from it, psychologically and competitively. Spring training is time to work on things.”

Teammate Derek Dietrich told FOX Sports during the game that Bauer was responding to the sign-stealing scandal.

“Trevor's not too fond of it. so he figured he's going to try something new this season and he's going to start telling the batters what's coming,” Dietrich said. “That way there's no ifs, ands or buts about what's going on, just here it comes, try to hit it.”

Dietrich noted Bauer's propensity to do unconventional things to make a point.

“You never know,” Dietrich said. “Trevor's always going to do something nuts. We enjoy him.”

“I'm not surprised it blew up on social media,” Bauer said. “Derek dumped a bunch of gasoline on that fire, which I thought was pretty funny. It's good for baseball overall.”

“I’ve been publicly critical of Rob Manfred before, but I have to give him props. He said he’d meet with any players who had further questions and he was a man of his word this morning,” Bauer tweeted. “We had a very productive meeting about a wide range of topics.”

Notes: INF Nick Castellanos was away from camp for the fifth straight day with the flu. He's expected to play on Thursday. ... OF Jesse Winker was sent home with the flu. ... OF Nick Senzel is to DH on Thursday against Milwaukee, his latest step in returning from shoulder surgery last September. ... SS Freddy Galvis is limited by a stiff left thigh.