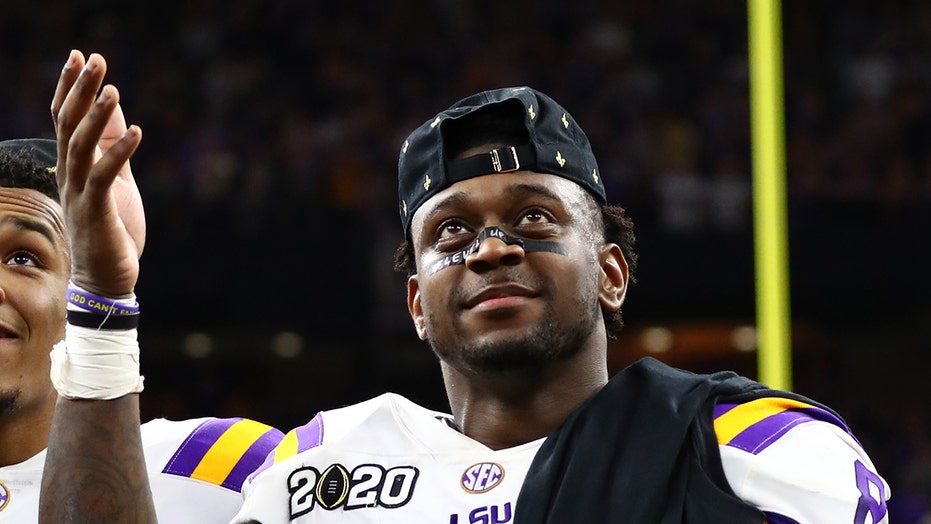 Jackson was doing an Instagram Live video with Marquise Brown when the Ravens were about to pick. After he saw that his team selected Queen, he gave him a big compliment.

RAVENS SELECT PATRICK QUEEN WITH NO. 28 PICK OF NFL DRAFT

“Ray Jews Jr.!” Jackson shouted in the background of the video.

According to ESPN, Queen was asked about being compared to a Hall of Fame linebacker like Ray Lewis.

“When you think about Ray Lewis, you think about an elite linebacker -- speed, physicality, aggression, dominance. I feel like I'm more mobile than he was,” Queen said. “Not taking anything away from him, he was a great linebacker, probably the best to play. But I've got a lot to live up to. The bar is set high.”

Lewis was selected No. 26 overall. He was a part of a ferocious defense that helped Baltimore win its first Super Bowl during the 2000 season. He would lead the league in tackles three times and finish with 2,059 of them. He also recorded 41 1/2 sacks and 31 interceptions.

Queen helped LSU to a national championship in 2019. He was one of many Tigers who were selected in the first round.